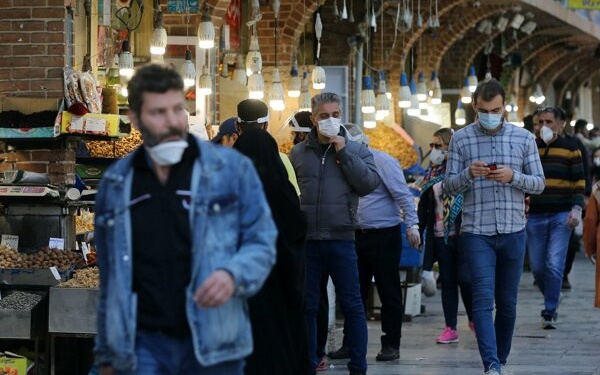 Mohsen Hashemi, the chair of the Tehran City Council, says the toll from Coronavirus is “much higher” than the official count from Iran’s authorities.

The Health Ministry has refused to provide a count for the capital and for the holy city of Qom, the initial center of the outbreak.

However, a Parliamentary report last week suggested the actual number of deaths may be almost double the official total, and infections might be 8 to 10 times higher.

Hashemi said on Sunday that his sources include the Parliamentary research center and “experts”. He said that, despite the Health Ministry’s public position, it generally agrees with his view.

A delay in announcing the start of the outbreak in Iran; not taking into account the number of those who died before the announcement; lack of adequate test equipment; and presenting COVID-19 deaths as respiratory problems cases are among the reasons why the figures announced by the Health Ministry are much lower than actual numbers.

Warnings Over Lifting of Restrictions

Hashemi also warned against a premature lifting of social distancing measures, a day after the Rouhani Government reopened “low-risk” businesses in Tehran.

President Hassan Rouhani’s “Smart Social Distancing” allowed business such as bookshops and clothing stores to reopen across Iran, except for the capital, on April 11.

Alireza Zali, head of the Coronavirus task-force in the capital, cautioned on Saturday, “Coronavirus is still in an epidemic stage in Tehran…and the heavy traffic [after businesses reopened] is a cause of increased concern.”

But Rouhani said at Sunday’s meeting of the National Coronavirus Task Force that he is advancing the date for the reopening of religious sites and shrines by two weeks.

The President said he is doing so at the request of Alireza E’rafi, the Dean of the Qom Seminary, who is appointed by the Supreme Leader Ali Khamenei to oversee religious schools in the holy city.

Ayatollah Khamenei’s representatives and the head of the Revolutionary Guards’ intelligence branch opposed the closure of shrines in the initial stages of the outbreak. However, the closures were finally implemented last month as the death toll

On Saturday, Rouhani called on the Health Ministry to set out conditions for medium-risk businesses to reopen, while continuing to “convince [people] of the necessity of abiding by the regulations and directives” for social distancing.

Yesterday the judiciary extended prison furloughs, which began in March for more than 100,000 detainees, for another month.