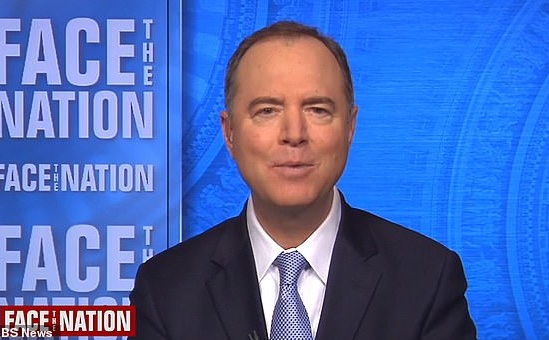 Rep. Adam Schiff, the lead House manager: WIth “four courageou Senators,…there would have been a fair trial” of Donald Trump

Rep. Adam Schiff, the lead House manager, chides Republican Senators for shutting down Donald Trump’s impeachment trial even as they admitted the charge of Trump’s abuse of power.

Schiff spoke on political talk shows on Sunday, two days after GOP senators supported the effort by the White House and Majority Leader Mitch McConnell to block witnesses and documents.

At the start of last week, after revelations by former National Security Advisor John Bolton of Trump’s pressure on Ukraine to investigate political rivals, the White House feared up to 12 Republican senators would vote to hear Bolton and other officials with first-hand knowledge of the campaign by Trump and his personal attorney Rudy Giuliani.

But in the end, only Sens. Mitt Romney and Susan Collins defied the party line, with the Senate rejecting a full trial by a 51-49 vote.

Schiff, who led the presentation of the case over Trump’s abuse of power and obstruction of Congress, responded to a question about a House subpoena of Bolton:

I don’t want to comment to this point on what our plans may or may not be with respect to John Bolton, but I will say this: whether it’s before — in testimony before the House — or it’s in his [forthcoming] book or it’s in one form or another, the truth will come out (and) will continue to come out.

Bolton balked last autumn at appearing in the House impeachment hearings, saying he would avoid the outcome of court cases after the White House ordered former and current officials to defy subpoenas.

But with the court case set aside early this year, the former official — dismissed by Trump in September, amid Trump’s freeze on Ukraine security assistance — said he would testify in the Senate. Last weekend, the extracts in his manuscript provided a first-hand account of Trump ordering the aid freeze until Kyiv investigated to tarnish Presidential candidate Joe Biden and to cover up Russia’s involvement in the 2016 US election.

On Friday, another revelation from Bolton’s manuscript described Trump’s direction in May to the advisor, ordering him to help Trump’s attorney Giuliani get in touch with new Ukrainian President Volodymyr Zelenskiy.

A month late, Trump seized on the idea of freezing security assistance. Two months later, in a call with Zelenskiy, he sought the investigations — triggering a formal complaint, by the CIA liaison with the White House over Ukraine, and then the impeachment hearings.

On Sunday, Schiff also cited a Justice Department court filing that revealed it has two dozen e-mails related to Trump’s involvement in the withholding of the $391 million in security assistance.

In the Friday filing, the Justice Department attorneys insisted that the e-mails must be withheld on the grounds of national security and executive privilege.

Schiff noted, “They waited until midnight so that senators voting on whether to compel these documents would not have that information. That shows you the lengths to which the President’s lawyers are going to cover this up, but they’re going to fail. Indeed, they’ve failed already.”