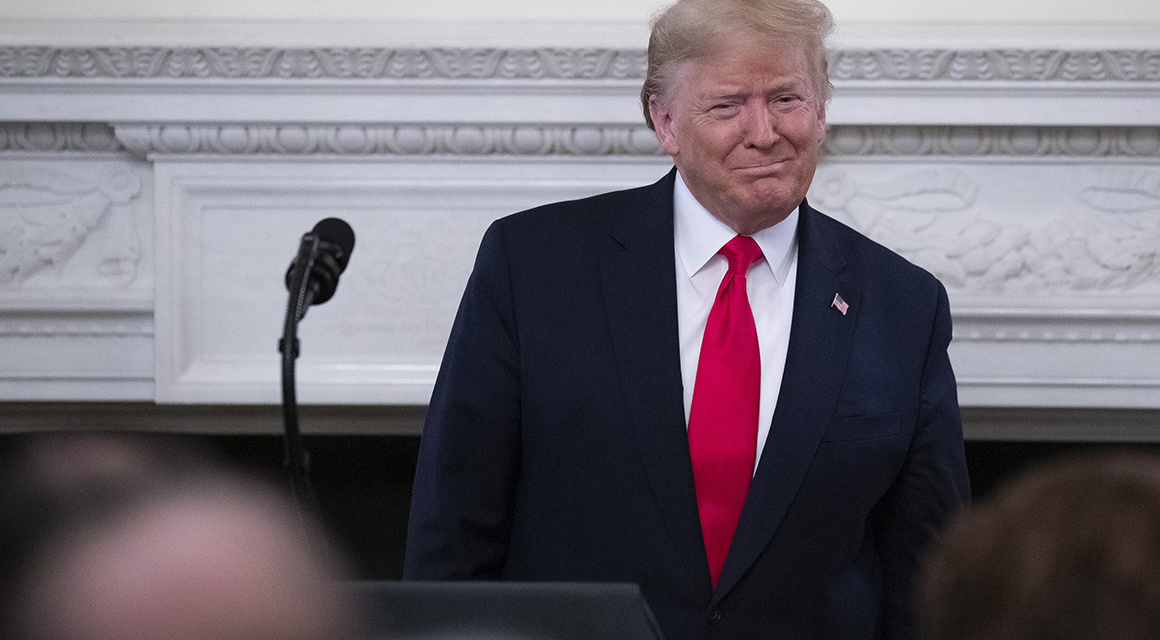 In an echo of Trump’s failed 2017 budget, the sharp reductions are accompanied by additional spending for the military and border enforcement, including Trump’s holy grail, a Wall with Mexico. There is also $18 billion for Trump’s “Space Force”.

The Trump Administration’s first budget slashed almost all agencies except the military by 15% to 30%, including agricultural, transport, and the State Department. Congress refused to approved the package, despite brief Government shutdowns by the Administration.

However, whereas the Federal Government deficit in 2017 was $665 billion per year, it is now almost $1 trillion, in part because of large tax cuts, mainly benefiting the wealthy, in December 2017.

Trump told US governors at the White House of the bolstering of the military and the nuclear arsenal. He defied reality by saying he would bring the deficit close to zero in “not that long a period of time” by rooting out “waste and fraud”.

In fact, the budget does not project removal of the deficit until 2035, and then only through optimistic — and, on the basis of the Administration’s past record, unrealistic — projections about economic growth and borrowing at low rates of interest.

Meanwhile, the estimate says $3.4 trillion will be added to the national debt by 2024.

Despite the forecast, the budget extends expiring tax cuts in the 2017 package for another 10 years, costing the Government about $1.4 trillion.

Hitting Education, Healthcare, and the Environment

Among education programs will be eliminated are 21st Century Community Learning Centers, after-school programs for low-income students; projects in rural schools and magnet schools; and funding for homeless and migrant students. Instead, a $19.4 billion block grant will dispense funding to states, who will decide how to use the money.

The budget backs off repeal of ObamaCare — the Affordable Care Act — replacing it with block grants to states. Instead, the White House will continue to chip away at health care provisions through Trump’s executive orders and lawsuits.

But there are still major changes on Medicaid, reductions in the share of medical bills the federal government will pay for Obamacare for an expanding population, and new requirements on beneficiaries who wish to enroll. The cuts are about $1 trillion.

The budget of the Environmental Protection Agency, which has been turned by Trump into a tool to reduce environmental protection, would be cut 26% with the elimination of 50 programs. It would be reduced to “core functions” such as addressing lead exposure in water and revitalizing former toxic sites.

Health and Human Services is slashed 9% despite a possible emergency from dealing with the coronavirus.

The Administration has never passed a coherent budget, with Congress instead patching together military and non-military spending, including after Trump’s record-setting, 35-day Government shutdown in December 2018-January 2019.

With Democrats controlling the House, this proposal is unlikely to proceed. However, Trump is hoping to use it during the 2020 campaign as a mirage of budget responsibility and a battering ram against “radical” Democratic candidates seeking a national health care system, environmental protection, and assurances of social programs from education to housing to food stamps.