Iran Daily: Want a National ID? Then Deny Your Faith. 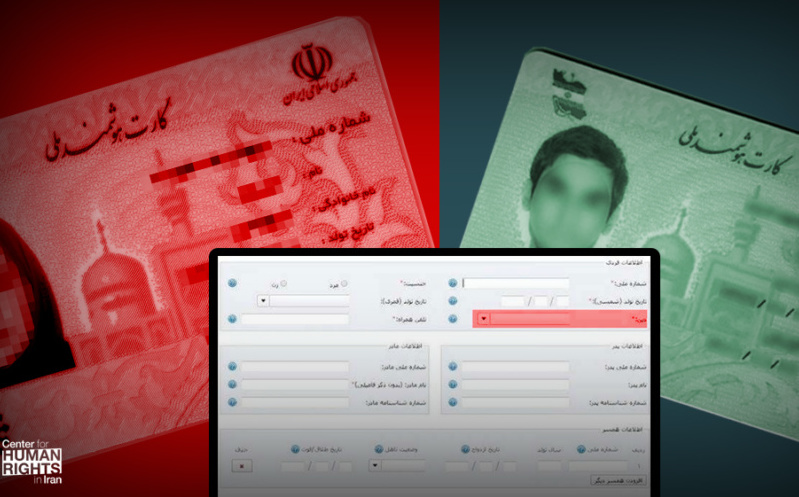 In a step which could deny millions of Iranians access to essential services, Iran’s authorities have removed the “other religions” option from the application form for a national ID card.

The new regulations only allow applicants to choose from Islam, Zoroastrianism, Judaism, and Christianity. Those who will be in limbo include Baháʼís, Yarsan, Mandaeans, and Christian converts.

The measure defies Iran’s Constiution, whose Article 19 states: “All people of Iran, whatever the ethnic group or tribe to which they belong, enjoy equal rights; and colour, race, language, and the like, do not bestow any privilege.”

National ID cards are a prerequisite for many essentials of life in Iran. They include enrolment in a university, work permits, bank transactions, acquisition of a passport, sale and purchase of property and cars, filing of compliants, completion of contracts, access to pensions, hotel reservations, and booking of flights.

The path to the change began last month when conservative MP Javad Abtahi, in a letter to Interior Minister Abdolreza Rahmani Fazli, demanded that the “Other” option be removed from application. Abtahi complained that the option “legitimized” religious beliefs that were not acceptable.

Within days, the National Organization For Civil Registration informed a Baha’i adherent who complained about the omission of the “Other” option: “Dear citizen, we wish you health. The law neither recognizes your religion nor offers a solution. You may submit your application under existing options.”

Religious minorities have faced discrimination since the 1979 Islamic Revolution. In particular, Baha’i adherents have been denied or removed from jobs, blocked from higher education, stripped of property, and detained.

“Forced to Lie About Your Faith”

The Shiite state wants to keep minorities marginalized in order to hold onto power itself. The regime intensifies the pressure on minorities to make them immigrate, or, in the case of the Yarsan, to rob them of their own identity by Islamising them.

The head of Iran’s High Council for Human Rights, Mohammad Javad Larijani, told UN member states in 2014, “Bahá’ís …enjoy all the privileges of any citizen in Iran.”

Bahá’í university applicants are turned away at the first hurdle by being mendaciously told that their files are “incomplete”. Even when Bahá’ís are able to register, they are expelled soon after they are identified as Bahá’ís.

The new issue with ID cards is simply another ploy to try and make Baha’is deny and lie about their faith.

President Hassan Rouhani — whose Citizens Rights Charter cites the “principles of non-discrimination and equality of all individuals and groups before the law, irrespective of gender, ethnicity, religion and socio-political affiliations” — has made no comment on the alteration to the ID cards.