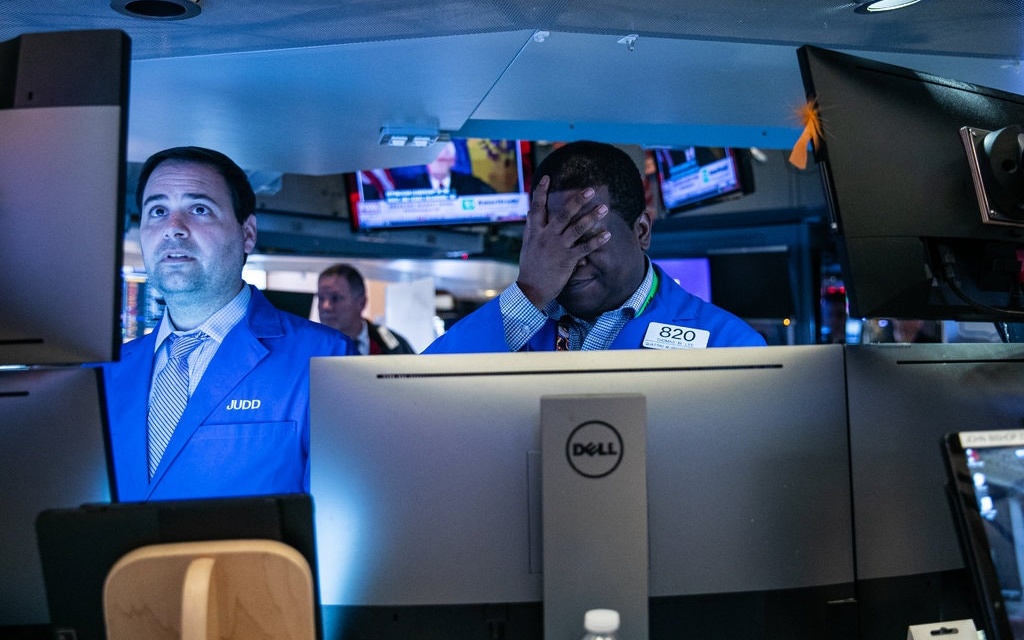 Donald Trump scrambles for social media cover over Coronavirus, amid the biggest stock market plunge since the 2008 Great Recession.

Trump’s first statement on the virus on Wednesday — contradicting his top health officials as he insisted that all is well and “the risk remains low” — failed to soothe markets yesterday. The S&P 500 index suffered its biggest one-day drop since 2011, losing 4.4%.

The fall pushed Trump into his Wednesday declaration. He has relied on a rising stock market for his claim — despite worries over his trade wars, a record-setting Government debt, and signs of a slowdown — that he is “winning” as he runs for re-election in November.

Trump went quiet on Twitter yesterday until about 9 pm. Then he fired off a volley of tweets denouncing a “Coronavirus panic”: “Media refuses to discuss the great job our professionals are doing!”

He made up the story that he had closed the US border and cancelled flights to claim that he had dealt with the issue, before he named Vice President Mike Pence to head a Government effort on Wednesday.

So, the Coronavirus, which started in China and spread to various countries throughout the world, but very slowly in the U.S. because President Trump closed our border, and ended flights, VERY EARLY, is now being blamed, by the Do Nothing Democrats, to be the fault of “Trump”.

But analysts have noted that the Trump Administration has imposed severe cuts on Government efforts for disease control since 2018. The White House global disease security team was disbanded, the budgets of the Center for Disease Control and Prevention and of the Department of Health and Human Services have been slashed, and contributions to the World Health Organization and other international bodies have been cut up to 75%.

There are still only 60 confirmed cases in the US, but Dr. Nancy Messonnier, the director of the CDC’s National Center for Immunization and Respiratory Diseases, said on Tuesday that “it’s not so much of a question of if [Coronavirus in the US] will happen anymore, but rather more of a question of exactly when this will happen”.

Trump supporters immediately attacked Messonier with the claim that she is part of the “deep state” trying to overthrow Trump — because she is the sister of Rod Rosenstein, the former Deputy Attorney General frequently chided by Trump during the Trump-Russia investigation.