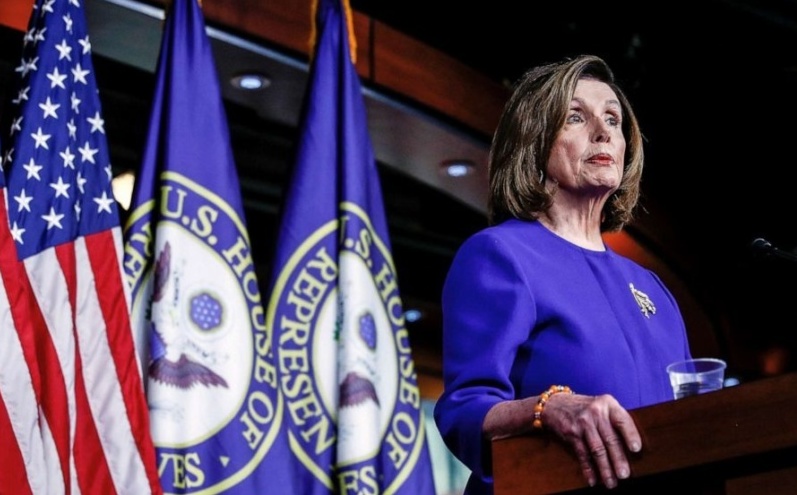 House Speaker Nancy Pelosi remains firm in her insistence that witnesses must be permitted at the Senate trial of Donald Trump over abuse of power and obstruction of Congress in the Trump-Ukraine affair.

Pelosi said Thursday that she is likely to send the articles of impeachment, adopted by the House last month, to the Senate “soon”. However, she did not give a timeline as she repeated that Senate Majority Leader Mitch McConnell must first detail the framework for the trial.

“We want to say what [the Republican leadership] are willing to do, and the manner in which they will do it,” she told reporters.

Protecting Trump — and continuing the White House’s attempt from the autumn to block witnesses and documents — McConnell has said that no trial should not hear from any witnesses.

Minority Leader Chuck Schumer has said that he would like to hear from White House Chief of Staff Mick Mulvaney; Mulvaney’s aide Robert Blair; Michael Duffey, the top political appointee at the Office of Management and Budget; and former National Security Advisor John Bolton.

All four men had significant roles as Trump ordered the freeze of security assistance to Ukraine until Kyiv announced investigations to tarnish Presidential candidate Joe Biden and to cover up Russia’s involvement in the 2016 election. Mulvaney and Blair implemented the order through Duffey, who commanded the Pentagon — 90 minutes after Trump’s July 25 call with Ukraine President Volodymyr Zelenskiy — to suspend military aid. Bolton objected to the demands for a Ukrainian investigation as a “drug deal” that should not be tolerated, but was overruled by Trump.

Mulvaney, Blair, and Duffey all followed White House orders to defy subpoenas — unlike 17 other former and current US officials — to appear in House impeachment hearings. Bolton was not subpoenaed, but said he was waiting for a court decision on whether he should testify.

The former National Security Advisor, who left the Administration in September, said earlier this week that he will appear in the Senate trial if summoned.

“That’s What They’re Afraid Of”

“We need to see the arena in which we are sending our [trial] managers. Is that too much to ask?” Pelosi said to reporters on Thursday.

McConnell gave no sign of shifting his position, saying that he expects Pelosi to transmit the articles of impeachment as soon as Friday. On the Senate floor, he taunted:

McConnell said last month that he would not adhere to the Constitutional requirement of being an “impartial juror”, instead working with the White House to ensure a speedy acquittal of Trump. He maintained this week that he has the votes in the Senate, with its 53-47 Republican majority, to begin a trial on his own terms

Pelosi was not deterred on Thursday: “Documents, documentation, witnesses, facts, truth: that’s what they’re a.fraid of.”