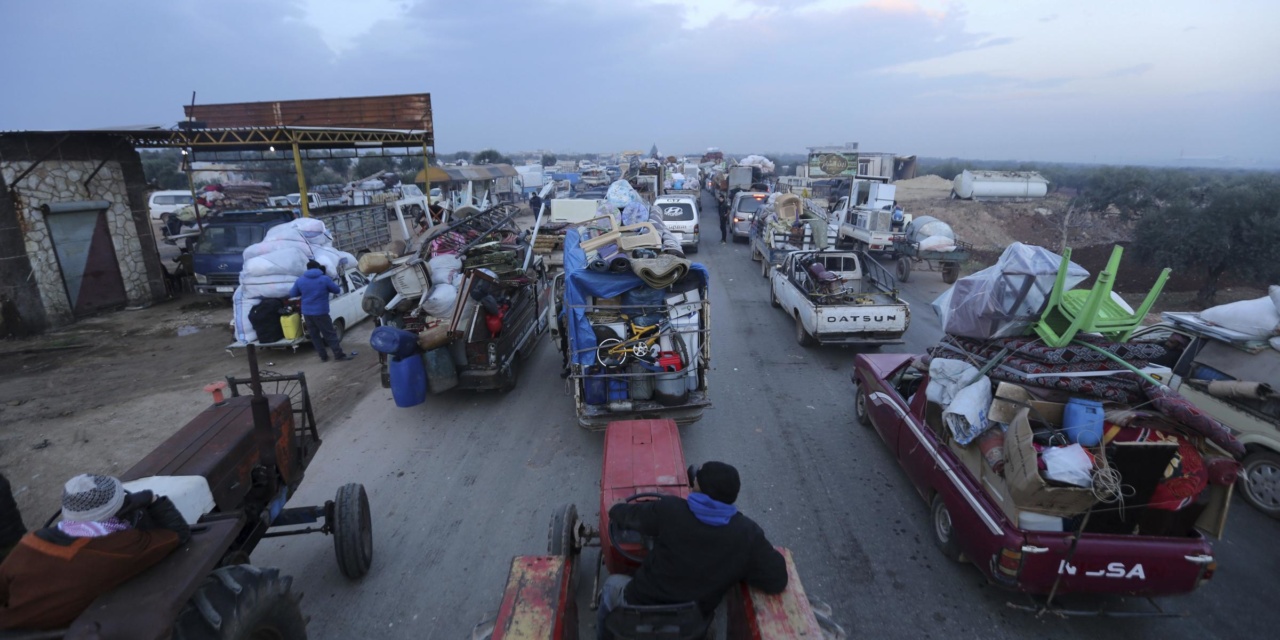 Russian and Assad regime are poised to overrun the “ghost city” of Ma’arat al-Nu’man in Idlib Province in northwest Syria, after weeks of bombardment that have caused more than 350,000 civilians to flee the area.

Both pro-opposition and pro-Assad sources say the Russia-regime offensive, which began in late April, is at the eastern and northeastern edge of the city. Almost all of the 70,000 population have left, with those remaining now in the western districts.

The regime is at the gate of Ma’arat al-Nu’man now.

People who left moved towards [the town of] Kafrouma and are trying to find shelter in the forests scattered on the surrounding mountains. Situation is very bad there.

Regime media made no reference to the civilians, but said “terrorists” were cleared as troops cut the M5 highway to the north of the city and took nearby towns.

Breaking a “pause” declared in September by Russian President Vladimir Putin, the Russia-regime renewed air and grounds in November, bringing the total of displaced in the greater Idlib area to more than 750,000. More than 1,500 civilians have been killed and thousands wounded.

Attacking about 70 medical facilities, more than 100 schools, mosques, markets, and civil defense centers, the offensive has seized almost all of northern Hama Province and part of southern Idlib. Turkey, which has forces in northern Syria, has been unable to check the assault.

UN officials have said the attacks are tantamount to a “war crime”. Last week, Secretary General António Guterres made “a very strong appeal” for a political resolution to halt the killing of civilians.

But the international community has been unable or unwilling to take any action, with Russia and China vetoing the continuation of UN cross-border aid.