Iran Daily: Rouhani to Europe — “Do You Want to Make a Mistake?” 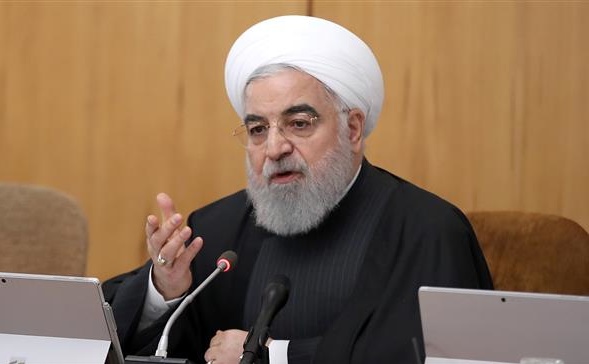 Continuing his mix of appeal and warning amid Iran’s economic isolation, President Hassan Rouhani has asked European countries, “Do you want to make a mistake?”

Last week the three European signatories of the July 2015 nuclear deal — the UK, France, and Germany — formally triggered a dispute mechanism over Iran’s suspension of commitments.

Under the mechanism, the parties have 15 days to resolve the matter. The deadline can be extended up to 60 days; however, if there is still no return to the deal, then UN sanctions on Tehran automatically “snap back” into place.

Iranian officials, including Foreign Minister Mohammad Javad Zarif and Parliament Speaker Ali Larijani, responded by threatening to withdraw from the nuclear agreement with the remaining 5+1 Powers (UK, France, Germany, China, and Germany) and to end cooperation with the International Atomic Energy Agency.

On Wednesday, Rouhani told the Cabinet of the Trump Administration’s “grave mistake” in its withdrawal from the deal in May 2018 and then posed his question to the Europeans.

He continued with the challenge, “After the US withdrew from the deal, didn’t you give us eleven promises to live by it? Which one of them did you meet?”

The President did not mention the European Union’s launch of the financial mechanism INSTEX in February 2019, which would have ensured purchases of Iranian oil and other commodities and goods. Tehran rejected the economic link because of “humiliating conditions” such as the EU’s concern over Iran’s missile research and development, activities in the Middle East, and alleged involvement in bomb and assassination plots in Europe.

From June, Iran has taken a series of steps setting aside the nuclear deal’s provisions. Tehran has increased its stock of 3.67% uranium, raised enrichment from 3.67% to 4.5%, and installed advanced uranium centrifuges capable of fast production of even higher levels.

Following the US assassination of its leading commander Maj. Gen. Qassem Soleimani on January 3, the Rouhani Government announced that it was suspending all commitments under the deal.

Rouhani softened Tehran’s threats immediately after the European trigger of the dispute mechanism, with the pledge that the deal could be renewed.

We are in the JCPOA [Joint Comprehensive Plan of Action], we have not left it and we do not want to destroy it; we are committed to it, and we have reduced our commitments in accordance with the JCPOA.

The day you return to your commitments, we will be committed as well the same day.

But he immediately added the warning, “If you do not return, no matter how much you chant slogans and hold meetings and make threats, it is worthless. I emphasize to three European countries that if you violate a commitment, you are responsible for all its consequences”.