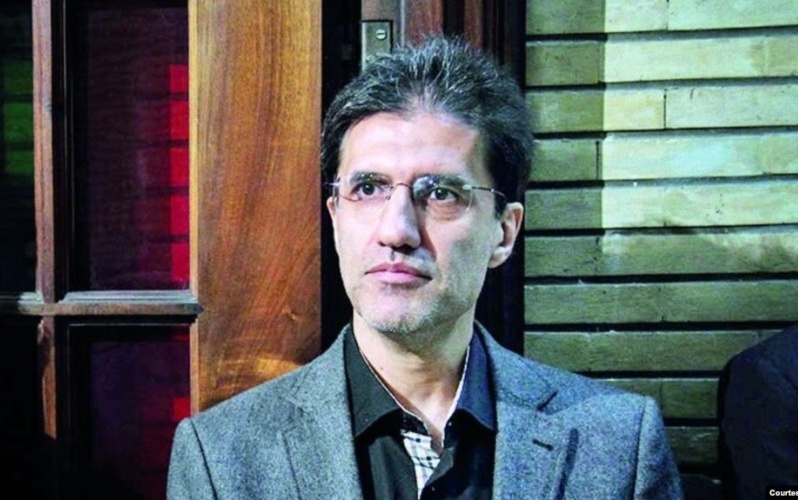 Iran’s regime has punished the detained opposition leader Mehdi Karroubi for a letter about the military’s downing of a Ukraine passenger jet, seizing his son Hossein (pictured).

Another of Karroubi’s sons, Mohammad Taqi, said on Monday, “My brother, Hossein, is facing charges in two different legal cases for the recent letters our father wrote to the Islamic Republic Supreme Leader, Ayatollah Ali Khamenei, and President Hassan Rouhani.”

Mohammad Taqi said Hossein was also arrested on January 14 over his involvement in a letter signed by 77 political activists condemning the regime’s repression and killing of demonstrators in November’s mass protests.

I have been informed that my brother is currently in solitary confinement, and under constant interrogation by the agents of the Intelligence Ministry and other intelligence organizations. Hand in hand, the interrogators are pressuring my brother to admit committing unfounded and imaginary crimes.

The proximity missiles tore apart the Boeing 737 jet with shrapnel, downing it outside Tehran.

The Iranian military lied that the flight suffered catastrophic engine failure and removed evidence from the crash site. It was only under international pressure that the military and President Hassan Rouhani admitted the real cause three days later.

That admission sparked four days of protests in cities across Iran. Mehdi Karroubi called on the Supreme Leader, in a letter on January 11, to step down.

Mehdi Karroubi is one of the leaders of the opposition Green Movement, established during the 2009 Presidential election. The movement surged among mass protests after the regime declared “victory” for President Mahmoud Ahmadinejad despite widespread claims of fraud and a crackdown on opposition parties.

Fearing more rallies, the regime imposed strict house arrest in February 2011 on Karroubi, a candidate in the election; Mir Hossein Mousavi, the leading challenger to Ahmadinejad in the vote; and Mousavi’s wife, the activist, academic, and artist Zahra Rahnavard.

Karroubi also wrote the Supreme Leader about the repression of November’s protests, sparked by the Government’s sudden announcement of a 50% to 200% rise in petrol prices. At least 304 demonstrators were killed by security forces, according to Amnesty International; regime officials said 1,500 people were slain, including protesters, security personnel, and bystanders.

Karroubi called for an “independent truth-finding committee to explain the various dimensions of this catastrophe” and to “identify and punish” both those who shot protesters and those who destroyed public property.

Karroubi’s family have been harassed during the 107 months of his house arrest. Hossein Karroubi was sentenced to six months in prison in 2017 for “propaganda against the regime”, after he published a letter written by his father to Ayatollah Khamenei.