UK Election: Why All Wasn’t Right on Corbyn Road 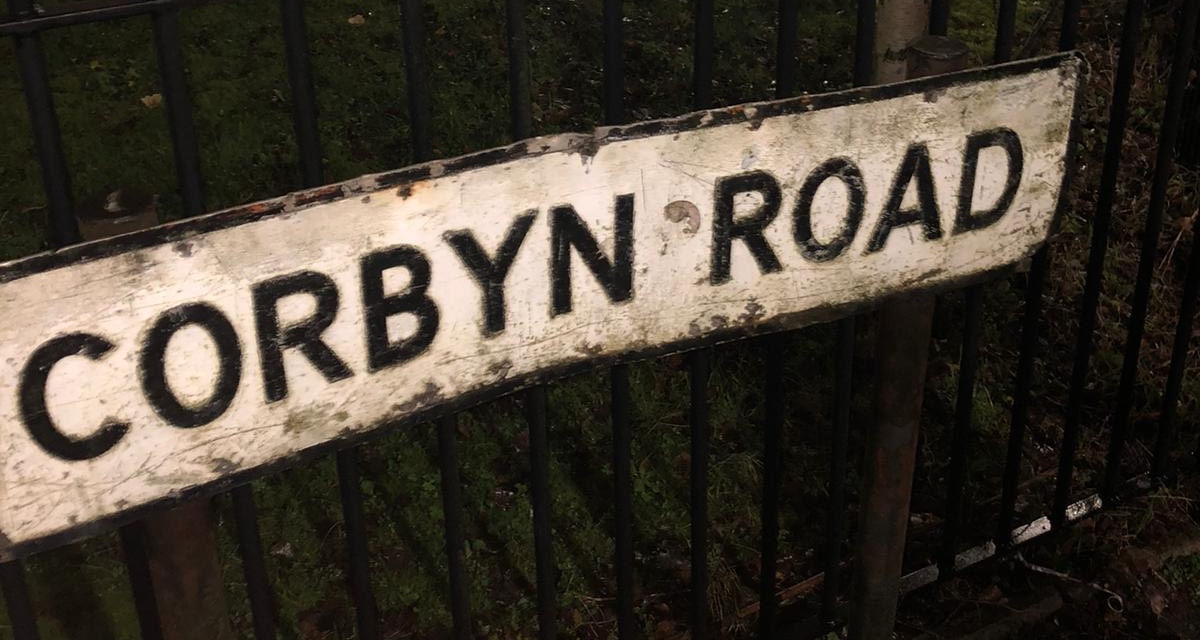 Throughout last Thursday, the forecast on my Twitter timeline was of a Labour Party majority in the UK General Election. Its leader Jeremy Corbyn was going to take Britain into the Promised Land.

Then the BBC exit poll dropped at 10 pm. It was the Conservative Party, not Labour, on course for a big victory. By 6 am on Friday, Labour’s “red wall” from Wales through the English Midlands to the northeast had collapsed. The Night King was Boris Johnson and his army of Conservative activists who returned him to Downing Street with an 80-seat majority.

The Tories had gained 47 seats, for a total of 364. Labour suffered its worst result since 1935, shedding 59 seats and retaining only 203. The Scottish Nationalist Party surged from 35 to 48. The Liberal Democrats held only 11, their leader Jo Swinson defeated in her Scottish constituency.

Beyond the numbers, historic Labour seats such Rother Valley, red for 101 years, fell to the Conservatives. So did Sedgefield, where former Prime Minister Tony Blair was once MP, and key Midlands constituencies of Dudley North, West Bromwich West and East. and Birmingham Northfield.

“I Can’t Stand Your Leader”

In the days after the vote, Labour activists, celebrities, Lexiters, Remainers, Londoners, Northerners, and keyboard warriors all issued opinions on the Party’s collapse. Meltdowns, such as that between advisor and commentator Ayesha Hazarika and Corbyn-leaning journalist Ash Sarkar, pointed to vicious in-fighting rather than reconciliation.

I only offer a personal reflection, from days of knocking on doors in Midlands marginal seats.

This was a Labour loss rather than a Conservative win — there is no triumph after 10 years of austerity, a NHS in crisis and a United Kingdom in paralysis.

For the best part of two years, Labour flailed and floundered when trying to define its Brexit position, unable to sell a plan to the electorate. But more than that, it was “Jeremy” rather than “Brexit” that I heard from people answering the door. Most voters, even Labour supporters, were uneasy about Corbyn.

On Election Day, I was in the hyper-marginal area of Dudley North. In a suburban area near the local hospital, I found myself on Corbyn Road.

I talked to a Labour supporter who, to the surprise of my fellow canvassers, said he had not voted for the party.

“The man shows to solutions, he just throws things to get my vote and personally his association with terrorists is scary.”

Like that man on Corbyn Road, most people couldn’t give detailed reasons for their views. They just didn’t like Jeremy. Some thought he was not Prime Minister material — even if he was running against the far-from-Prime-Ministerial Boris Johnson. Some thought he was too left-wing. Some perceived him as an anti-Semite or just as a good mate of terrorists.

No doubt some of the animosity is the anti-Corbyn mud thrown by large sections of the media. Much of it stuck, coupled with a Conservative “dead cat” strategy to divert attention from their numerous problems with policies, Johnson, and the truth. Corbyn was subject to vilification, distortion, and caricature most unfair, unforgiving and unfruitful intrusion in to his personal, private and political life.

But Corbyn was also a poor performer and tactician. Emphatic speeches to a converted crowd — the outdoor equivalent of speaking to your social media followers — does not cut it in this day and age.

Time and time again Corbyn had opportunities to nail Boris Johnson for his lies and duplicity, but he refused to do so, saying it was not his style. “When they go low, we go high” needed to be followed by a combative, robust, all hands-on-deck approach — one which does not need to adopt lies and manipulation, but should take the fight to the opposition.

Instead of taking the offensive “for the many”, the Labour leader was usually defending and looking vulnerable. “Anti-semitism” took over from public services and an end to austerity. While Corbyn in not anti-Semitic at all, his refusal to apologize to the Jewish community for the actions of a few within Labour — and for the failure to deal properly with those few — was damaging. Failing in the grand theater of an interview with the BBC’s Andrew Neil was covered by the eventual apology, given to former children’s TV host Phillip Schofield.

I think Jeremy is the most principled and genuine politician I have met. I had voted for him twice for leader and supported him throughout the election. But in homes across the Midlands, I heard the refrain over and over again: people who might vote Labour would not do so if it meant vote Corbyn.

The defeated leader is maintaining that Labour lost the argument; others are clinging to the sinking raft that the party got more votes than Tony Blair’s version in 2005 or a higher vote share than Ed Miliband’s in 2015. But the hard political fact is that they lost Stoke, Sedgefield, Bishop Auckland, Blyth Valley, Ashfield, Bassetlaw, Bolsover, Burnley, Crewe, Dewsbury, Grimsby, Ipswich, Keighley, Peterborough, Leigh, Redcar, Lincoln, Wakefield, Workington, and Wrexham, to name just a few. His advisors, such as Karie Murphy, Seamus Milne, and Andrew Murray, have to comprehend — or be pushed far into exile if they can’t — that north of London’s Islington, people don’t just want arguments. They want solutions.

For all the passionate volunteers who gave some much time in the campaign, the problem is that Labour was no longer a vehicle for bringing together people across Britain. It was a tool for ideology rather than pragmatism and consensus.

So although “Get Brexit Done” was full of flaws — and even lies — the Conservatives had one central message that they just kept peddling. Meanwhile, I only found out on Friday that Labour’s slogan, a slogan that could have cut through the Brexit charade, was “Time For Real Change.”

The party now needs time for reflection with debate, dialogue, and open discussion. It needs to be a conversation informed by the facts and the outcome, with acceptance where Labour has failed. Sadly the problem is the apparatus around Jeremy Corbyn doesn’t really do openness: this only changes if Corbyn steps down sooner rather than later, ending his inner circle’s attempt to hold the party.

This is not a return to the loop of Tony Blair’s “Things Can Only Get Better”. The electorate didn’t abandon Labour for a return to New Labour. As Gary Younge summarized:

They went either to the far right, in England and Wales, or to the social democratic nationalist alternative, in Scotland. They did not go to the Liberal Democrats or back Change UK.

Instead, Labour must not — as with Brexit — be a party of indecision or abstention, whether that is over welfare cuts or the Government’s “hostile environment” policy on anyone who doesn’t qualify as British. This must be a party which builds a coalition to hold the Johnson Government to account.

Labour must finally appreciate that conviction and ideology is not enough to convince people. At the same, it must ostracize those who argued out of conviction. There must be less in-fighting and more dialogue.

For there was a party which succeeded in this election by denouncing austerity, by calling out the lies of the Government, by promoting social, economic, and environmental programs — and, yes, by rejecting Brexit. This was a professionally-led party with a charismatic leader, with clear consistent messages and progressive policies.

The Scottish Nationalist Party is leading the way in Scotland, possibly on a path to independence. Can Labour learn and lead in the rest of the United Kingdom?

That’s a big question. But first, the party needs its honest grassroots and a leadership that can unite the Labour center and the left. Only then can it start to win back the man on Corbyn Road?