Iran Daily: US Imposes More Sanctions, This Time on Shipping and Air Companies 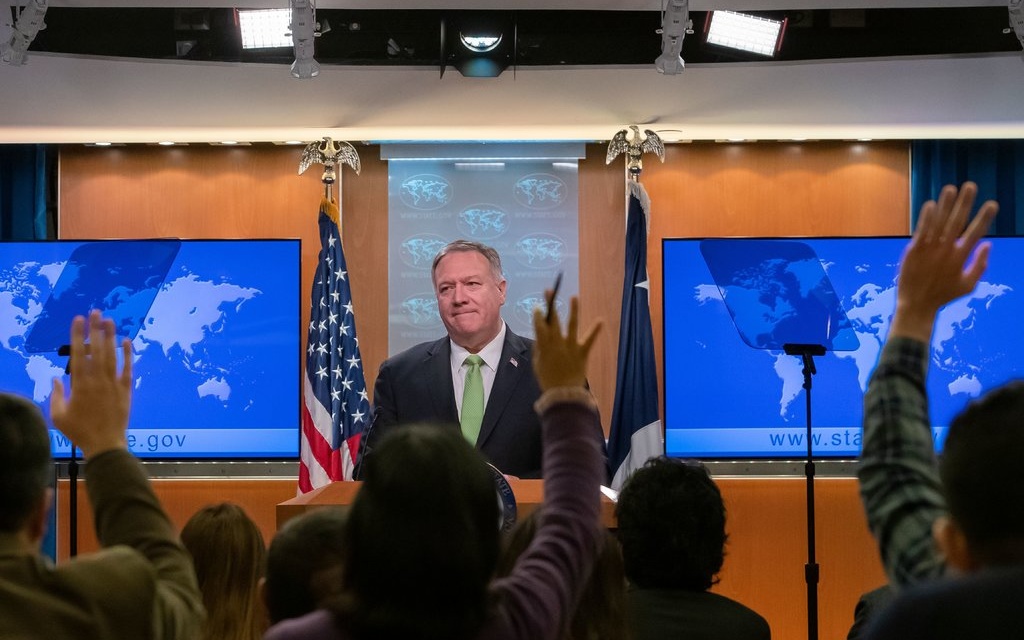 The US has announced new sanctions on Iran, only four days after a prisoner swap with Tehran.

Secretary of State Mike Pompeo said Wednesday that the Trump Administration is blacklisting the Islamic Republic of Iran Shipping Lines, the E-Sail Shipping Company, and three agents for Mahan Air.

Iran has provided essential military, economic, and political aid to keep Syria’s Assad regime in power during a 104-month conflict. Tehran has given political backing to the Houthi insurgency in Yemen’s civil war, amid the attacks by a Saudi-led coalition to maintain the Yemeni Government.

The US claims that Iran has also provided weapons to the Houthis, claiming the interception last month of an Iranian boat taking arms to Yemen. The Treasury said Wednesday that the latest sanctions are “yet another example of the US government cutting off all avenues for the delivery of weapons to Houthi rebels”.

The Islamic Republic denies the allegation.

Pompeo asserted that Iranian transportation companies carry out programs that “involve the siphoning of funds away from the oppressed Iranian people and the augment the regime’s campaign of terror and intimidation at home and throughout the world”.

The shipping companies were designated for terrorism or support for terrorism, while the Mahan Air agents were named in connection with Iran’s missile program.

US officials have claimed that, in addition to its involvement in Syria and Yemen, Iran is providing short-range missiles to neighboring Iraq. Last Friday the US designated the Iraqi leaders of three Iran-backed militias, claiming that they had killed scores of civilians in recent protests.

On Saturday, American historian Xiyue Wang, held for three years in a Tehran prison, was exchanged for Iranian scientist Massoud Soleimani, imprisoned in Atlanta last year for alleged violation of US sanctions.