Iran Daily: Rouhani Presents Increased Government Budget — But Where is the Money? 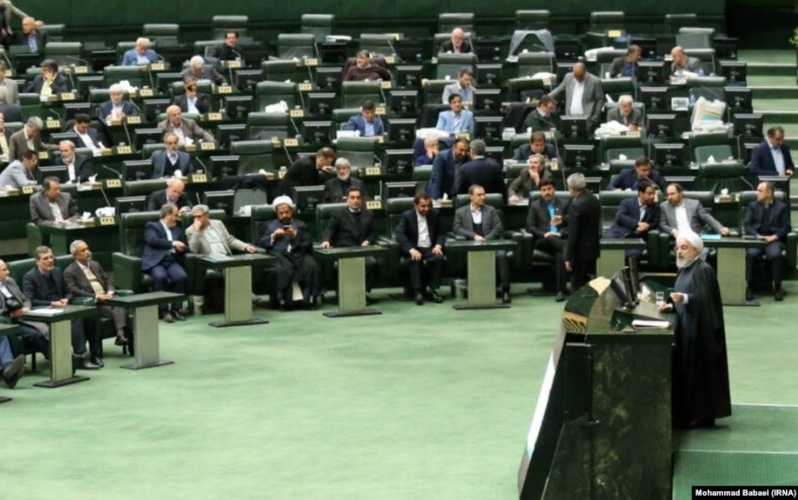 Iran’s President Rouhani has presented a Government budget with a 25% increase in spending — but, amid a drop of up to 95% in official oil sales, with little clarity on whether it can be funded.

On Sunday, Rouhani handed Parliament a budget of about $37 billion (4,845 trillion rials), based on the free-market exchange rate. The plan is a rise from the 2019-20 expenditure of about $30 billion.

This year’s budget estimates $7.7 billion from oil exports. The Government says this is a 40% drop of forecasted revenues; however, before comprehensive US sanctions, imposed in November 2018, Iran could expect revenue of $60 billion.

Even at Iran’s official exchange rate, far below that on the open market, the Government projection of oil earnings is only $24 billion.

Analysts estimate that Iran is officially exporting between 200,000 and 400,000 barrels per day, although Tehran may be moving more on the black market. Iranian news agencies said the Islamic Republic is hoping to to sell between 870,000 and 1 million bpd.

“This is a budget to resist sanctions…with the least possible dependence on oil,” Rouhani asserted. “This budget announces to the world that despite sanctions we can manage the country.”

Last month the Government suddenly announced a cut in petrol subsidy to raise funds. But the reduction, which raised the price of petrol between 50% and 200%, sparked mass protests for four days. The demonstrations were only quelled with the killing of at least 208 people, according to Amnesty International, which says the actual toll may be far higher.

Rouhani told Parliament that Iran is expecting a $5 billion loan from Russia. However, the arrangement has not yet been confirmed despite months of discussion, and any loan would likely be in credits to buy Russian goods rather than cash.

The Government is also hoping for higher non-oil exports, use of state bonds and sale of state properties. and increased tax revenue.

Rouhani maintained, “The enemies’ plots to affect Iran’s economy have failed. The government has taken considerable steps based on people and the Parliament’s wishes and demands in macroeconomics.”