TrumpWatch, Day 1,053: How US Ambassador to Denmark Blocked NATO Expert From Copenhagen Conference 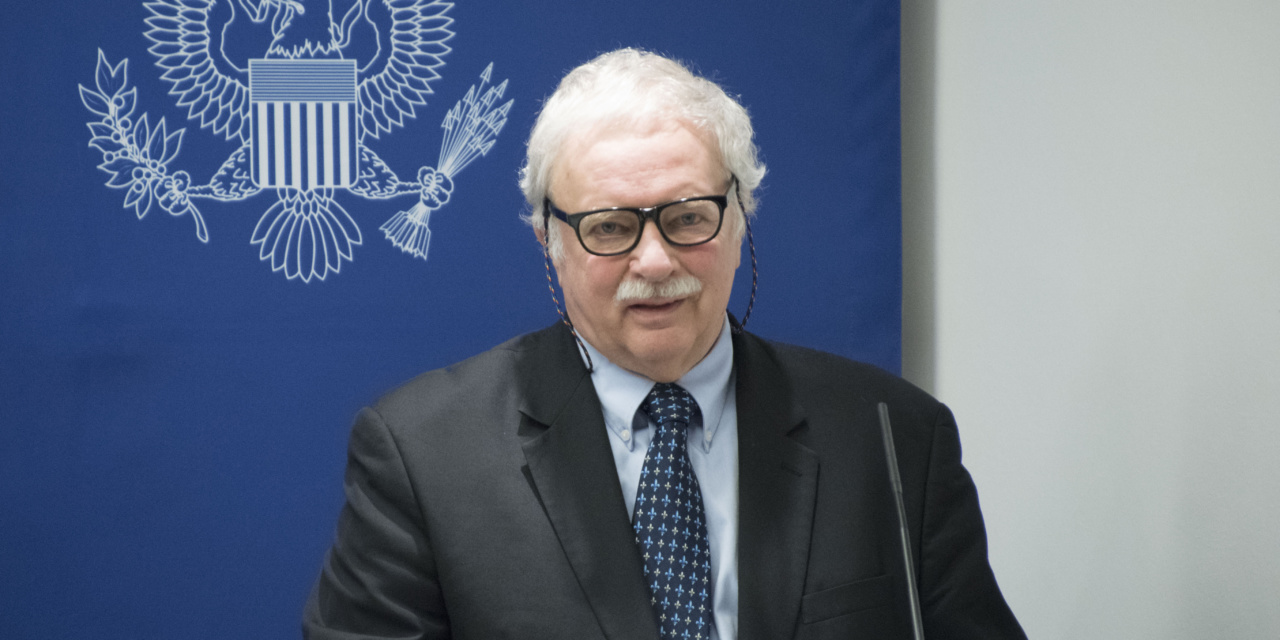 US Ambassador to Denmark Carla Sands ensured that a leading American expert on NATO was blocked from speaking at a high-profile seminar in Copenhagen — because Professor Stanley Sloan has been critical of Donald Trump.

The Danish Atlantic Council confirmed that Sands, a donor to Trump’s 2016 campaign and inauguural ceremonies, demanded that Sloan — a visiting professor at Middlebury College, fellow at the Atlantic Council in Washington, and former CIA analyst — was disinvited,

The Council had arranged the seminar, marking the 70th anniversary of NATO, in cooperation with the US Embassy. On Sunday it cancelled the entire event.

He emphasized, in an e-mail to BuzzFeed News, “The US Embassy demanded that he be removed as a speaker.”

Sloan wrote on Twitter about the abrupt cancellation of his appearance.

Cancel that! I've just received word from the Danish Atlantic Council that the US Embassy in Copenhagen, a cosponsor of the meeting, has vetoed my participation due to my critical evaluation of Trump's impact on transatlantic relations. Stunned and concerned about our country.

The professor thanked the Danish Atlantic Council for its efforts — “I am sorry they are caught up in this” — and apolgized to US Embassy staff, “many of whom I assume would like to hear my views and might even agree with them”. He posted the draft of his talk, “Crisis in Transatlantic Relations: What Future Will We Choose?”, on the Internet.

Sloan says in the draft, “It’s my judgment that the crisis currently facing the West is the most dangerous of any seen in the pastseven decades.” While Trump “has brought it to a head”, Sloan points to issues since NATO’s formative years. He cites burden-sharing and populist criticism, abetted by politicians seeking to build their power through playing on popular fears and making promises of strong leadership”.

The professor brings the critique to 2019 with the observation, “States with undemocratic political systems are increasingly taking advantage of the openness of libe ral democracies to undermine the democratic systems that they see as threats to their more centralized and controlling regimes.” He continues:

Russia’s Putin is getting a helping hand from our President as well as from radical right populist politicians here in Europe.

Caught in “A Web of Trumpism” By A Trump Donor

Ambassador Sands is a former actress and chiropractor. She recommended by Eliott Broidy, under Federal investigation for exploitation of his ties with Trump to secure business with foreign governments.

Sands’ personal Twitter account is distinguished by retweets from hard-right attack sites such as Breitbart and Prager University. Her latest retweet, from radio polemicist Mark Levin, thunders, “Congressional Democrats have a lot in common with the Stalinists”.

Sands made no comment about her intervention, but the US Embassy put out a series of tweets trying to defend the demand. It said of the invitation to Sloan, made about 10 days ago and scheduling his presentation for just after Sands’ remarks:

Mr. Stanley Sloan’s proposed last-minute inclusion in the program by @AtlantDK did not follow the same deliberative process of joint decision-making and agreement that we followed when recruiting all other speakers.

Insisting that it “supports freedom of speech”, the Embassy said it was “unfortunate” that the Danish Atlantic Council had cancelled the seminar.

But Struwe made in an e-mail to Sloan that the Embassy’s actions were “in total disharmony with the way, the Danish Atlantic Councils want to act”.

Knowing that you do criticise the President of the United States, we believe that Freedom of Speech is paramount in every democracy, and we do not see a conflict between the Freedom of Speech and participating as a Speaker at an international conference.

Having said that, the Danish Atlantic Council is not in a position where we can ignore the given instructions by the Embassy of the United States, when the instructions are clear and specific.

Sloan explained, “They and I basically got caught in this web of Trumpism, which is destructive of our democracy,” Sloan said. “And the fact that I feel that way is one reason they don’t want me talking.”