EA on talkRADIO: UK Election — Rehabilitation, Security, and the Politics of Boris Johnson 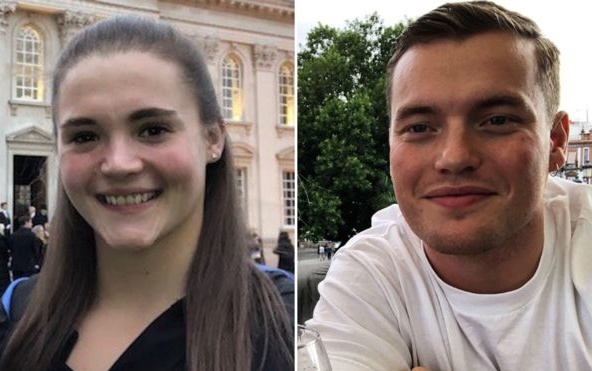 Saskia Jones and Jack Merritt were working at a conference on rehabilitation when they were killed in the London Bridge attack, November 30, 2019

I joined talkRADIO’s Julia Hartley-Brewer on Tuesday to talk about the political exploitation of Saturday’s London Bridge attack by Prime Minister Boris Johnson in the UK Election.

Johnson used the killings of Jack Merritt and Saskia Jones, who were both working at a conference on rehabilitation, by Usman Khan — released after serving eight years for a plot to blow up the London Stock Exchange — to proclaim that all those convicted of “serious sexual, violent or terrorist offences” must serve full sentences.

Johnson falsely said that a system of “early release” was in place, when it was ended in 2013. His Twitter account plagiarized and distorted the article of a leading legal analyst, writing about changes in the UK’s system of sentencing and parole and about Khan’s case.

Jack Merritt’s father David wrote on Monday, “He would be seething at his death, and his life, being used to perpetuate an agenda of hate that he gave his everything fighting against.”

Merritt was widely attacked for his intervention — an attack echoed by Hartley-Brewer as she tries to defend Johnson.

The father of London Bridge victim Jack Merritt has hit out at an 'agenda of hate' following his son's death.

Julia: "We have a right to debate whether we think it's acceptable to have convicted terrorists wandering the streets." PART 1.@JuliaHB1 | @ScottLucas_EA pic.twitter.com/Qfvl0twj59

3. Have a sensible discussion about rehabilitation v. security. If you can't, stand back and let others do so.#LondonBridgeAttack