EA on Monocle 24: US Election — Will Voters Embrace Biden’s “No Malarkey” Bus Tour? 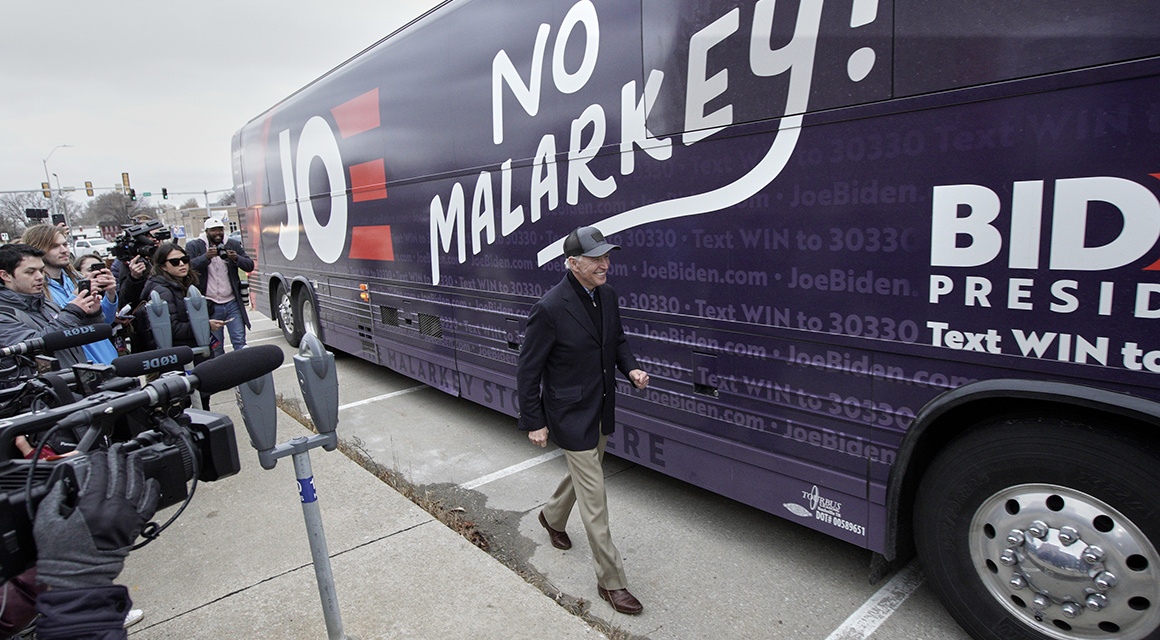 I joined Monocle 24’s Paul Osbourne on Monday to discuss Presidential candidate Joe Biden’s effort to jump-start his campaign in Iowa, which hosts the first Democratic caucus on February 3, with an 800-mile “No Malarkey” bus tour?

While still leading in national polls, Biden has slipped to fourth in Iowa in a top tier including Sens. Elizabeth Warren and Bernie Sanders and South Bend, Indiana Mayor Pete Buttigieg.

So will voters rally to his 21st-century version of the straight-shootin’ whistlestop tour (see Harry S. Truman 1948) or will they ask:

What is malarkey? And is anyone under 65 using the word these days?

Not quite the message that resonates like Barack Obama’s “Hope and Change” or “Yes, We Can” in 2008.