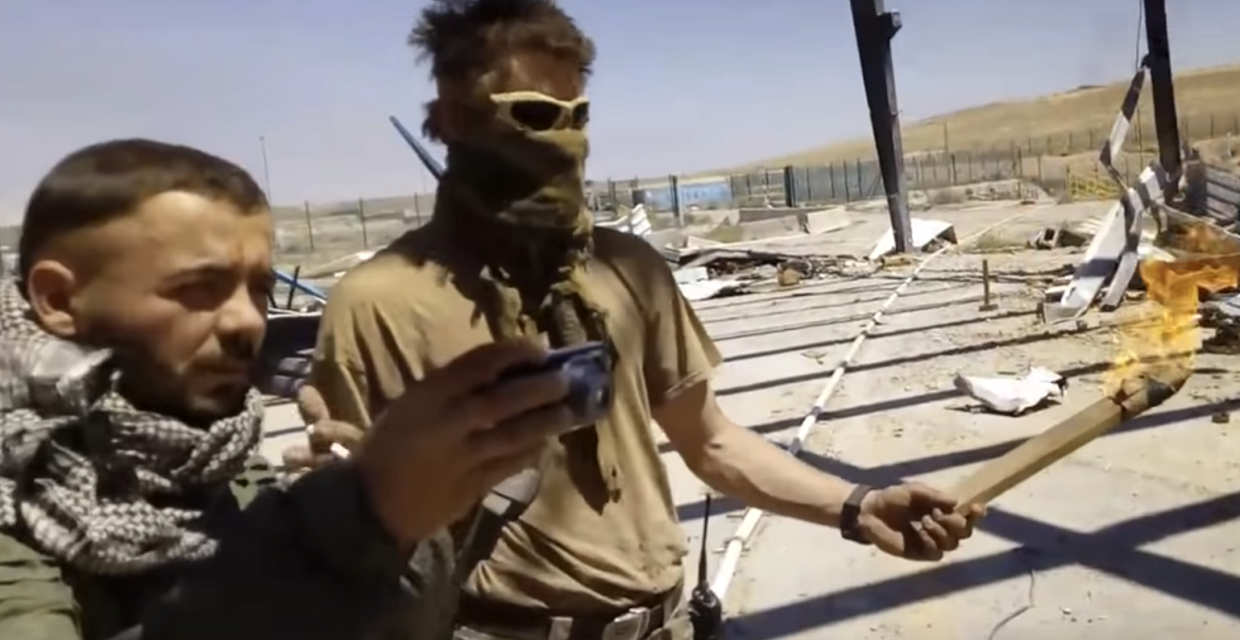 Russia’s “private military contractors” have been accused of a war crime in Syria’s conflict, with a fighter filming the torture and beheading of a prisoner.

The video, apparently from 2017, shows several men in military clothing beating a prisoner with a sledgehammer, beheading him, amputating his arms with a sapper’s trowel, and setting his body on fire.

Having urged each other to “cut harder”, the men pose for a photograph with the suspended body. They write on the torso, “For the VDV [Russian airborne forces]” what appears to be a term for military intelligence. A second severed head can be seen lying on the ground.

The Novaya Gazeta newspaper identified the Russian-speaking cameraman as Stanislav D, a member of the Wagner private military company. A former police officer from the Stavropol region in southern Russia, he joined Wagner in 2016 to “protect the interests of the Russian Federation abroad”.

The victim is reportedly Mohammad Taha al-Ismail Abdallah from Deir ez-Zor in eastern Syria. Having returning to Syria from Lebanon in 2017, he was conscripted but later deserted.

Wagner has had a leading role in Russia’s military intervention, propping up the Assad regime, from September 2015. The deployment of thousands of mercenaries has helped the Kremlin cover the extent of its involvement on the ground as well as in the air, and to limit criticism of any Russian casualties.

The group was founded by Yevgeny Prigozhin, a businessman with close links to Russian President Vladimir Putin. He reportedly has been rewarded with oil concession for Wagner’s role in Russian military operations.

Kremlin spokesman Dmitry Peskov insisted that it had no knowledge of the filming: “This has absolutely no relation to Russian soldiers, no matter what is being published about it.”

Clips from the video appeared in 2017, but the full footage was posted last week to a closed group for Wagner members. Open source investigators soon identified the location of the video as the Shaer gas complex near Homs.

The revelation forces Russian State outlet RT into a rare critique of Moscow’s military intervention. The site summarizes the identification of the Wagner fighters, while trying to limit the incident with unsupported claims such as that the victim was “accused of fighting for [the] Islamic State” and declaration of “over-hyped and sometimes dramatized Western media reports”.

RT summarizes Kremlin spokesman Peskov’s dismissal that “[this] was not an issue for the president’s administration to look into, as the incident has nothing to do with the Russian Army operation in Syria”.