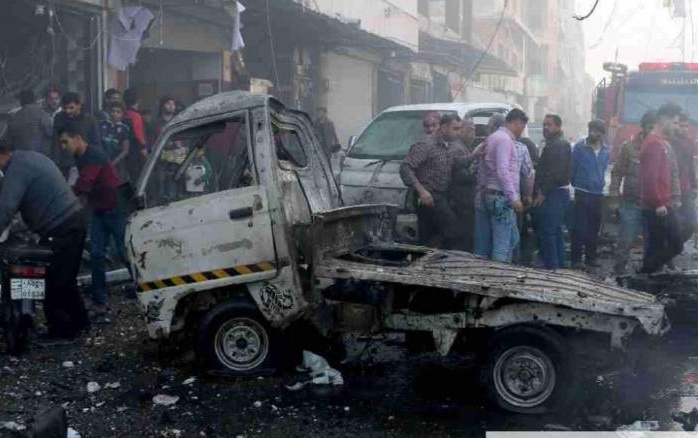 At least 18 civilians have been killed and 30 injured by a vehicle bombing in opposition-held western Aleppo Province in northern Syria.

The Turkish military said Saturday that the explosion was near the bus terminal, damaging buildings and setting cars alight.

Turkish-supported Syrian rebels pushed ISIS out of al-Bab in February 2017, and the opposition has continued to hold the town despite Russia and the Assad regime reoccupying all of Aleppo city and other parts of Aleppo Province.

Turkey has been pressing for the withdrawal of the YPG-led Syrian Democratic Forces from Manbij, declaring that the YPG are part of the Turkish Kurdish insurgency PKK.

Earlier this month the border city of Tel Abyad was twice struck by vehicle bombs, killing 21 civilians and wounding more than 50.