EA on TRT World and talkRADIO: How Worried Should Trump Be Over Impeachment Inquiry? 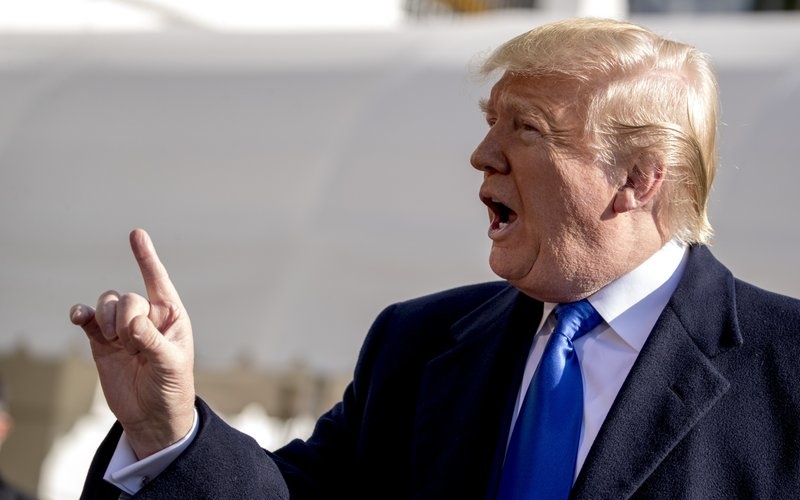 Donald Trump tells a reporter to be quiet as he speaks on the South Lawn of the White House, Washington DC, November 8, 2019, (Andrew Harnik/AP)

In our weekly 15-minute Journey Across Trump-Land, I spoke with talkRADIO’s Alexis Conran about the public impeachment hearings beginning Wednesday and the prospect that Republican Senators could eventually break from Trump and convict him in a trial in early 2020.

[Editor’s Note: The Senator trying to defend Trump by saying that he is not smart enough to demand a “quid pro quo” of Ukraine for a Biden investigation is Lindsey Graham, not Majority Leader Mitch McConnell.]

We also explain how Trump’s “charity” has been ordered by a judge to pay $2 million to real charities, and we assess the possible entry of former Mayor Michael Bloomberg into the Democratic race to become the 46th President.

ORIGINAL ENTRY: How worried should Donald Trump be about the impeachment inquiry into his alleged abuses of power in the Trump-Ukraine affair?

That’s the answer I gave to Turkey’s TRT World on Friday, explaining the evidence so far in the inquiry and where it heads, from likely impeachment by the House to a trial in the Senate in early 2020.

The Trump-Ukraine affair is now more serious than the Trump-Russia affair to his political and legal future….If we get more in the public hearings, if this snowballs, Senate Republicans could come off the fence and put him at risk.