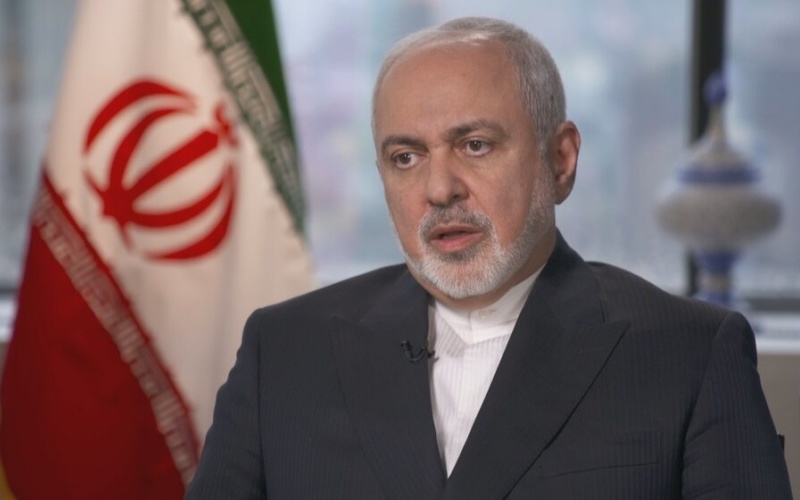 Iran’s Foreign Minister Mohammad Javad Zarif (pictured) has pushed back the latest US sanctions on the Islamic Republic by insisting that they are a sign of American “maximum failure”.

US can sanction every man, woman & child but Iranians will never submit to bullying.

Rather than dig itself deeper, US should abandon failed policies & return to #JCPOA.

This week the Trump Administration recalibrated its approach of “maximum pressure” to break Iran’s economy. Facing criticism that sanctions are preventing Iranians from getting essential food and medicines, the US Treasury said Friday that it has establish a new humanitarian mechanism for “permissible trade”. Foreign governments will certify that such transactions are in compliance with sanctions, ensuring that their companies are not punished by Washington.

But on Thursday, Secretary of State Mike Pompeo announced new sanctions against Iran’s construction sector, claiming much of it is run by the Revolutionary Guards.

Zarif asserted, “The US can sanction every man, woman & child but Iranians will never submit to bullying.” He called on the Administration to return to the 2015 nuclear deal, from which Donald Trump withdrew in May 2018.

Iran’s official oil exports have been slashed at least 80% and up to 95% since April 2018, compounding long-standing problems with production, investment, employment, trade, and a historically weak currency.

On Tuesday, Human Rights Watch concluded in a 47-page report, “The consequences of redoubled US sanctions, whether intentional or not, pose a serious threat to Iranians’ right to health and access to essential medicines.”

In addition to announcing the mechanism for “permissible trade”, the US Government is also renewing sanctions waivers to allow Russian, Chinese, and European companies to continue work at Iranian nuclear facilities.

The American rationale is that the foreign involvement limits Iran’s development of any military nuclear capability.

The waivers are being extended for 90 days. They cover the redesign of the heavy-water Arak research reactor, preventing plutonium by-product that can be used for nuclear warheads; the operational Bushehr reactor at Bushehr; the provision of enriched uranium for the Tehran Research Reactor; and the movement of spent and scrap nuclear fuel out of Iran.