Is The Force Still With Us? Star Wars at the University of Birmingham 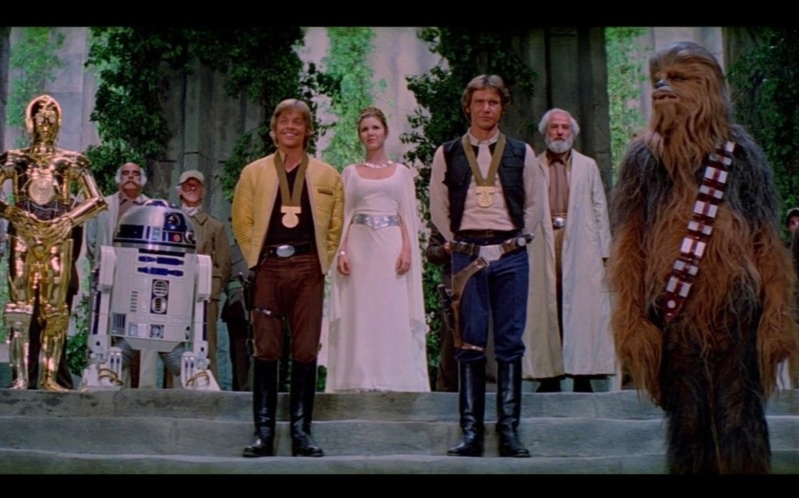 The University of Birmingham is staging its Future of Society Festival from November 2 to 9, with venues across campus and in the city center featuring talks and debates, live music, film screenings, and exhibitions.

On November 6, the Festival features “Birmingham Strikes Back“, considering Star Wars from the first film in 1977 to today through live music and a panel discussion. Hoping to enlighten those who may have joined the dark side, we’ll journey through science, politics, and entertainment, from what we can learn about political resistance and overthrowing the Empire to how it is possible for planets to orbit more than one sun.

The music and discussion are from 6 to 8 pm in the Bramall Theatre on the main campus.

To mark the occasion, EA republishes its Star Wars series in the hope that The Force may still be with us in these interesting times.

“America, You Ain’t Got Obi-Wan No More”: Star Wars and US Foreign Policy Today (Scott Lucas)

>Obi-Wan’s dead. Doesn’t mean we give up. We hang on to our values. Our enemy is not the Death Star. Our enemy, or at least our challenge, is someone closer to us.

We’re gonna have to find our own Obi-Wans. May the Force Be With Us.

Can We Find Virtue from Star Wars? (Jason Metcalfe)

Is there more than a celebration here? Can Star Wars, more than 40 years after it first hit the cinemas, be used to develop virtuous language and behaviour in young people today?

Can We Use Star Wars to Save Democracy? (Paul Jackson)

We can’t trust our politicians, the public are largely left out of the equation, institutions don’t matter, and the real solution is to replace the bad people in power with the good guys, because democracy is disfunctional.

If the Death Star could be brought down by its carelessness, shouldn’t we ensure that The Cyber-Security Force is Always with Us?

Enter our brave innocence guided by wisdom and a tough Princess and assisted by quirky androids. We could destroy the Death Star and do it not because we were bad but because we were very, very good.

More than 40 years later, it’s a nostalgic combination of film and politics. Obi-Wan, Han Solo, and Carrie Fisher are dead, and the reality TV star in the White House is writing his own script. Rey and the wizened Luke do not have the answers or the reassurance for us.