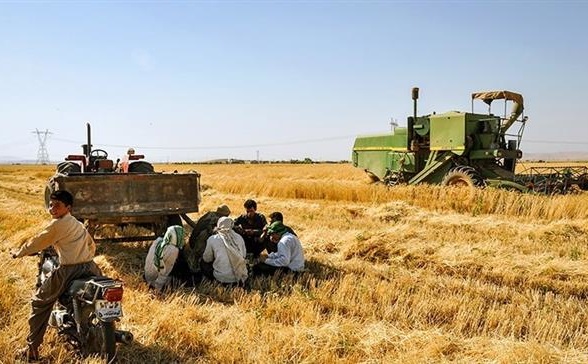 Iran has admitted problems with its wheat supply, as farmers prefer selling crops to brokers rather than providing them to the State.

Minister of Agriculture Mahmoud Hojjati said Tuesday, “Although wheat production increased this year, we were not able to buy enough wheat at guaranteed prices.”

As a result, Iran is importing some supplies, challenging the Supreme Leader’s demand for a self-sufficient “Resistance Economy”.

Iranian State media put out the pretext that the production was crippled by comprehensive US sanctions, imposed last November and tightened this spring and summer.

But Hojjati acknowledged that the fundamental problem was wheat growers’ rejection of the price offered by the Government — 2.2 million rials (about $18) per 100 kg — turning instead to “intermediaries”.

The Minister said, “Last year, despite the severe drought, we were able to buy about a million tonnes of wheat more than the year before, but this year in some provinces farmers did not even sell us the equivalent of their irrigated crop.”

About 2/3 of Iran’s wheat output now depends on rainfall for non-irrigated farming, through the expansion of dryland agriculture, because of ongoing drought limiting water resources.

The Islamic Republic had been self-sufficient in wheat supply for the past three years. But flash flooding in early 2019, as well as drought, have affected output and returned Iran to its pre-2016 status of one of the world’s biggest importers.

Agriculture provides 1/4th of Iran’s gross national product and employs about 40% of the workforce. Hojjati said the annual value of agricultural products is now $80 billion a year.