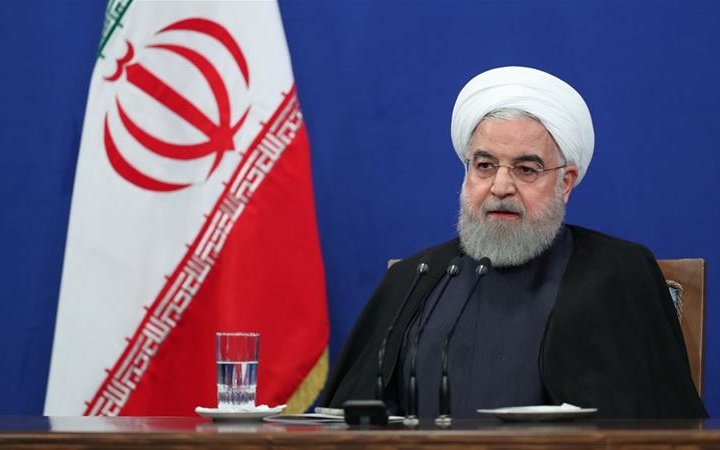 Iran’s President Hassan Rouhani said on Monday that Tehran will negotiate with the US and other signatories to the 2015 nuclear deal — if American sanctions are lifted.

Our main concern is whether our interests are met through negotiations or talks are merely for show. Donald Trump’s personal characteristics have made it very difficult to talk to the US….

[But] if sanctions are removed based on our demands, we are ready to take part in talks within the framework of P5+1 [the 5+1 Powers — US, France, Germany, UK, China, and Russia].

The Supreme Leader had said up to this summer that negotiations with the Trump Administration, which withdrew from the nuclear deal in May 2018 and imposed comprehensive sanctions in November, were “poison”.

However, as Iran’s troubled economy tried to cope with the US restrictions, Ayatollah Khamenei has shifted and made the talks conditional on sanctions removal.

The Trump Administration is pursuing “maximum pressure” through the sanctions, but Donald Trump is keen on getting a photo opportunity with Iranian leaders.

On the sidelines of the UN General Assembly last month, French President Emmanuel Macron arranged for Trump to talk via speaker to Rouhani in a hotel conference room, but the Iranian President refused to leave his hotel suite.

Rouhani referred to the episode yesterday and said,

The Iranian President told a World Health Health Organization meeting in Tehran on Tuesday, “There is no doubt that the US administration has perpetrated a crime against humanity. The US measure is an act of economic terrorism, but that does not mean the Iranian nation has been brought to its knees.

He declared that Iranians will never forget the “betrayal of humanity…which make the US a loser in both politics and ethics”.