Syria Daily: Turkey Defiant as US Tries to Stop Offensive Which Trump Accepted 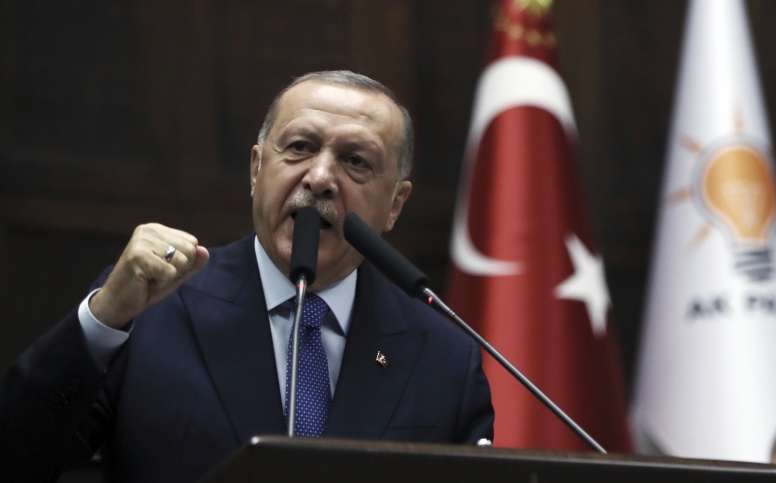 Turkey has again defied the US as the Americans try to stop the cross-border offensive in northeast Syria, which Donald Trump initially accepted.

Foreign Minister Mevlüt Çavuşoğlu said Wednesday that Ankara will retaliate against any US sanctions over the offensive by Turkey and Syrian rebels, which was launched on October 9 against Kurdish positions along the Turkish-Syrian border.

Speaking in Parliament, Çavuşoğlu said Turkey expects the US Congress to step back from Washington’s “damaging approach”, with ties between Ankara and Washington at a critical point.

In a phone call with Turkish President Recep Tayyip Erdoğan on October 6, Donald Trump accepted the cross-border military operations. He said the US would pull back its 1,000 troops in northern Syria, a step confirmed by the Administration last weekend.

But US agencies pushed back on Trump’s complete acceptance of the offensive, which is seeking to take over a 480-km (270-mile) long, 30-km (19-mile) deep zone along the border and across the Kurdish cantons of Kobani and Cezire. Treasury Secretary Stephen Mnuchin said that Trump could impose sanctions.

The Treasury announced a sanctions package on Monday, but some observers said the measures were too limited to have any impact. On Tuesday, US prosecutors charged Halkbank, in which the Turkish State has a majority share, over a multi-billion dollar scheme to evade American sanctions against Iran.

EA on UCB Radio: Why is Turkey Attacking Northeast Syria?

Erdoğan Rebuffs US Delegation, But Concedes Manbij to Regime-Russia

Vice President Mike Pence is leading a US delegation to Ankara on Thursday. Çavuşoğlu, who is meeting US National Security Advisor Robert O’Brien in advance discussions on Thursday, said he would present Turkey’s strong line.

In his address to Parliament, Erdoğan said he would not see Pence or O’Brien: “I am standing tall….They will meet with their counterparts. I will speak when Trump comes.”

He said of the US indictment against Halkbank: “This is just another sign of how emotional these issues have become. One would think that this business was over. Now they have taken an unlawful, ugly step by reopening this.”

Erdoğan is scheduled to visit Washington on November 13, an invitation extended by Trump in the call where he accepted the offensive.

Ankara considers the Kurdish YPG militia to be part of the Turkish Kurdish insurgency PKK, which has fought Turkish security forces for 35 years. But the YPG is the leading faction in the Syrian Democratic Forces, created by the US in October 2015 to push the Islamic State out of northeast Syria.

A US official, trying to counter the image of a full American withdrawal in the face of the offensive, said warplanes carried out a “show of force” over the city of Kobani after Turkish-backed Syrian rebels came close to American troops who are still there despite Trump’s order.

Erdoğan dismissed the claim: “Mr Trump’s remark on Kobani was ‘Don’t strike there’. We said that we had only done an encircling operation there at the moment.”

Kurdish groups held out in Kobani for months in 2014-2015 against the Islamic State, suffering thousands of casualties.

Earlier the Turkish President indicated to reported that he was conceding Turkey’s attempt to take control of Manbij, the westernmost point of Kurdish territory, despite months of pledges that Ankara would complete the task.

“The regime entering Manbij is not very negative for me. Why? It’s their lands after all. But, what is important to me is that the terrorist organisation [the YPG] does not remain there,” he said.

Erdoğan said he told Russian President Vladimir Putin: “If you are clearing Manbij of terrorist organisations, then go ahead, you or the regime can provide all the logistics. But if you are not going to do this, the people there are telling us to save them.”

The Assad regime said on Tuesday that it had raised its flag over Manbij, with Russian forces positioned just outside the city.

The Syrian Democratic Forces captured the city, in eastern Aleppo Province, from the Islamic State in August 2016. 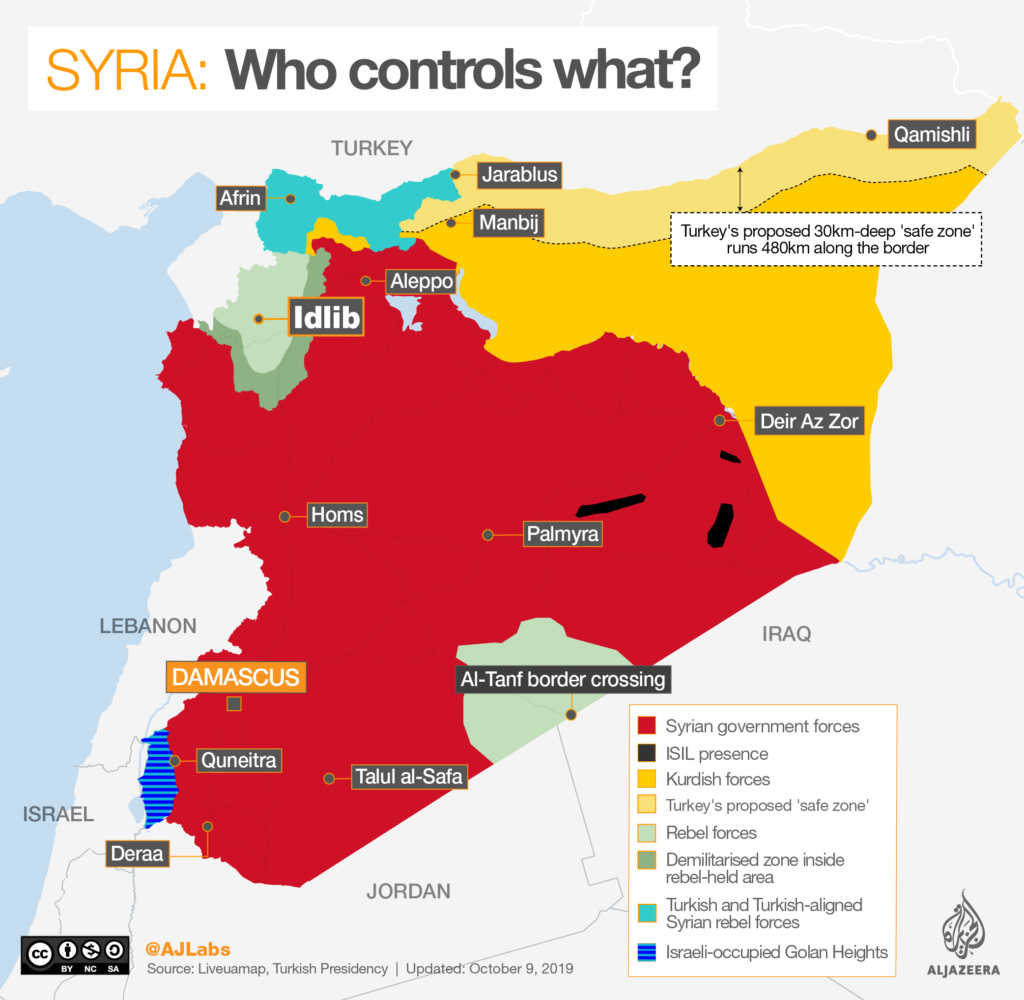