EA on talkRADIO: UK Government’s Ultimatum to Parliament for a Hard Brexit 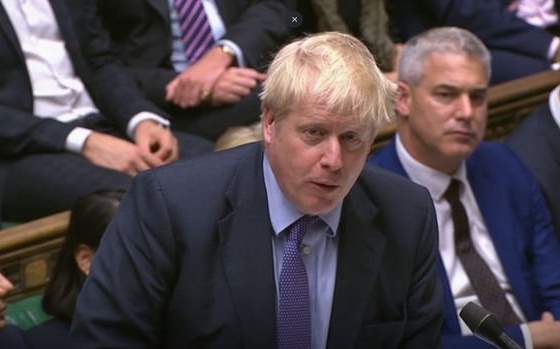 The UK Government has given Parliament an ultimatum: pass our hard-Brexit withdrawal agreement from the European Union within three days, or face a General Election.

Just before Prime Minister Boris Johnson’s announcement on Tuesday, I spoke with talkRADIO’s Julia Hartley-Brewer about why the Government is trying to rush through a complicated bill — on the status of Northern Ireland, on the future steps for a full agreement by the end of December 2020, on workers’ rights, and on many other issues — with little chance of detailed consideration or amendment by MPs.

The Government not only does not want substantive discussion on Northern Ireland, now in de facto customs union with Ireland.

They are not publishing the economic assessment because they don’t want those figures debated. They have tried to avoid discussion of the costs to both Northern Irish and British businesses of a customs barrier down the Irish Sea.

This is like a guy trying to sell you a car on the forecourt and saying, “Don’t look under the hood” — and write your check to me very quickly.