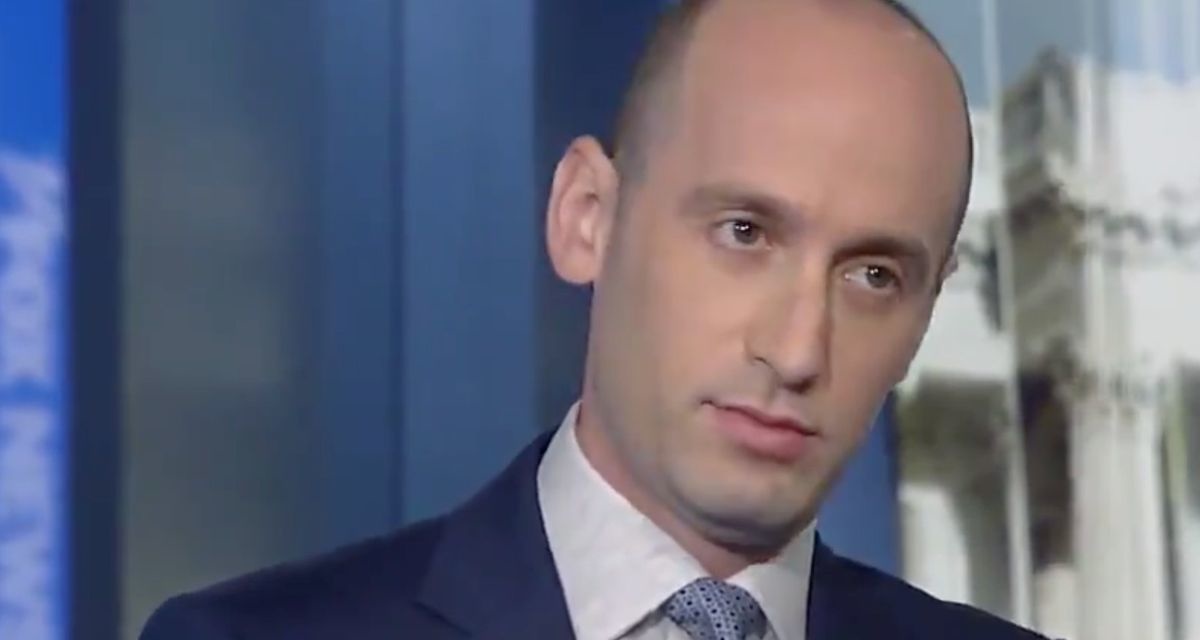 Facing an impeachment inquiry after the revelations of Donald Trump’s pressure on Ukraine to investigate Democratic rival Joe Biden, Trump defenders proclaim that the “deep state” is pursuing a coup.

Trump’s hardline advisor Stephen Miller led the campaign on Sunday talk shows. He denounced the US intelligence official who filed the formal complaint on August 12 about the 10-month effort by Trump and his attorney Rudy Giuliani — using unsupported conspiracy theories —- to get a headline inquiry of Biden and his son Hunter, a board member of Ukraine’s largest gas company.

“This is a deep state operative, pure and simple,” Miller proclaimed, without any evidence.

He continued with the accusation of “partisan bias” by the intelligence official, again with no support, and tried to strip the official of any protection for filing the complaint: “I think it’s unfortunate that the media continues to describe this individual as a whistleblower, an honorific that this individual most certainly does not deserve.”

Since the start of the Administration, Trump, his staff, and his supporters have used the “deep state” specter — a favorite of conspiracy theorists — to deal with investigations of Trump’s links with Russia and of his financial, business, and tax affairs. Trump invoked the line last week after news broke of the US intelligence official’s complaint, which included a late July call from Trump to Ukraine President Volodymyr Zelenskiy.

Some of the best Economic Numbers our Country has ever experienced are happening right now. This is despite a Crooked and Demented Deep State, and a probably illegal Democrat/Fake News Media Partnership the likes of which the world has never seen. MAKE AMERICA GREAT AGAIN!

Miller’s interviewer, Chris Wallace of Fox News, refused to swallow the advisor’s declarations. Instead, he cut to video of Director of National Intelligence Joseph Maguire, testifying before the House Intelligence Committee last Thursday, that the US intelligence official and the Inspector General — found that the complaint was of “urgent concern” and “credible” — have “acted in good faith throughout” and have done everything “by the book and followed the law.”

Miller avoided Wallace’s push to produce evidence, and stepped up his coup rhetoric: “You have a group of unelected bureaucrats who think that they need to take down this President…publish hit pieces, they publish fake stories.”

Wallace highlighted the core issue of Giuliani’s campaign on behalf of Trump, with meetings in five different countries with former and current Ukraine officials, and of Trump’s possible crimes and abuses of power in the call with Zelenskiy.

The President has the State Department. He’s got the CIA. He’s got the Pentagon. He’s got a number of other agencies. Why did he use three private lawyers to get information on Biden from the Ukrainian government rather than go through all of the agencies of his government?

Miller evaded the substance, “I understand that you have your question, I have my answer.”

Wallace concluded, “You have your non-answer at this point.”

Another Trump guardian, Republican Rep. Jim Jordan, also read from the script about the US intelligence official — the CIA’s liaison with the White House on Ukraine — and a conspiracy against Trump: “You have a bureaucrat…who didn’t like the President.”

CNN’s Jake Tapper noted, “There is no evidence of that”, using the report of the intelligence community’s Inspector General about the “credible” complaint.

Jordan continued to misrepresent the complaint, based on information from multiple White House officials, as “second-hand” and declare “political bias”. He also repeated conspiracy theories about Joe and Hunter Biden.

Tapper countered, “It’s not gymnastics. It’s facts”, and then implicitly referred to Jordan’s blind eye to sexual abuse while he was a coach at Ohio State University: “I would think somebody who’s been accused of things in the last year or two would be more sensitive about throwing out wild allegations against people.”

The case of Trump and his defenders was undercut on Sunday by the Administration’s first Homeland Security Adviser, Thomas Bossert.

Bossert knocked back Trump’s demand for an investigation, in the call to President Zelenskiy, of a Ukraine server — rather than one from Russia — hacking the Democratic National Committee in 2016 and stealing e-mails

The claim has been used by the Trump camp to reject findings of Russian interference, in support of Trump, in the 2016 Presidential election.

Bossert, who left the Administration last year, said that he told Trump that there was no basis for the assertion, and that he was “deeply disturbed” that Trump pressed Zelenskiy over the matter. to produce damaging information about Democrats.

It is completely debunked….

I am deeply frustrated with what [Rudy Giuliani] and the legal team is doing and repeating that debunked theory to the President. It sticks in his mind when he hears it over and over again, and for clarity here, George, let me just again repeat that it has no validity.

Bossert then referred to Trump’s order to suspend military aid to Ukraine, issued days before the call to Zelensky, and the implicit link with the request for the investigation of Biden:

It is a bad day and a bad week for this president and for this country if he is asking for political dirt on an opponent. But it looks to me like the other matter that’s far from proven is whether he was doing anything to abuse his power and withhold aid in order to solicit such a thing.