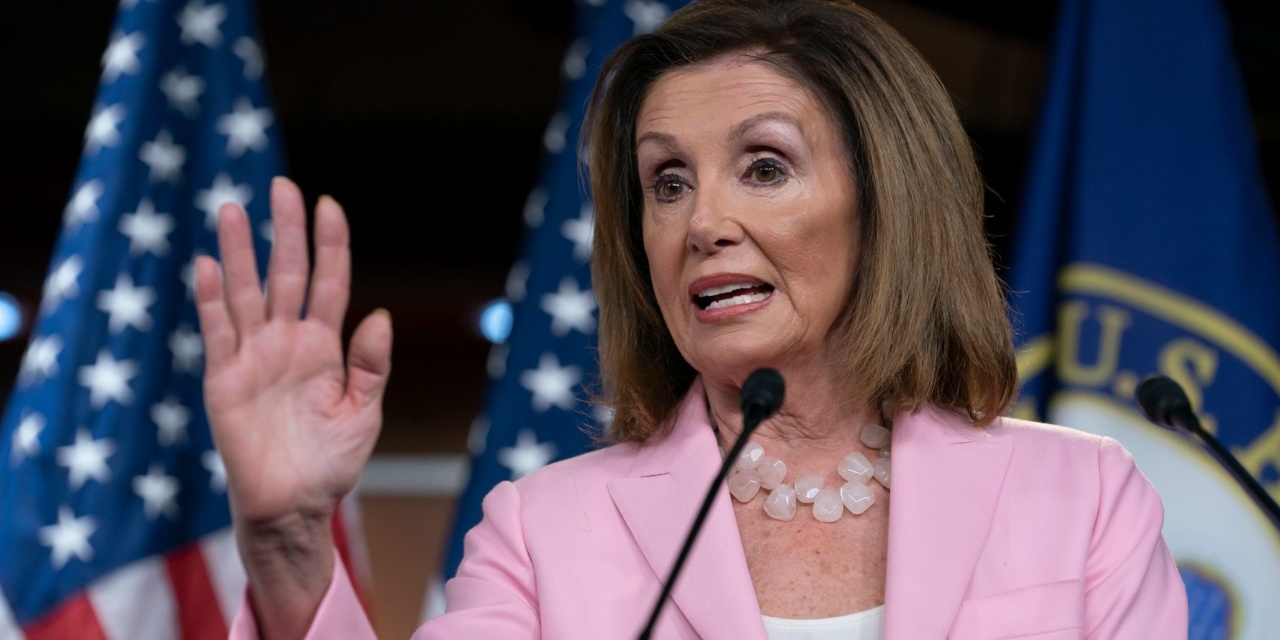 House Speaker Nancy Pelosi: “A grave new chapter of lawlessness which will take us into a whole new stage of investigation”

As Donald Trump acknowledges that he used a phone call with Ukraine President Volodymyr Zeletskiy to discuss Trump’s Democratic rival Joe Biden, Democrats are moving towards impeachment over possible legal violations and abuse of Presidential power.

The Washington Post revealed last week that the call was part of the complaint of a US intelligence official, lodged on August 12, over Trump’s behavior and its effect on American foreign policy. The intelligence community’s Inspector General found the complaint to be of “urgent concern”, triggering the legal requirement to provide it to Congressional committees; however, Director of National Intelligence Joseph Maguire has refused to do so.

Sources told The Wall Street Journal that Trump asked Zelenskiy at least eight times to investigate Biden, who is running for the Democratic nomination for President in 2020, and his son Hunter.

Trump and his allies have long claimed, without evidence, that then-Vice President Biden intervened in 2016 for the dismissal of Ukraine’s top prosecutor. They claim Biden did so to block an investigation of Ukrainian gas company Burisma and Hunter Biden, who was a board member.

Ukraine’s Parliament dismissed the prosecutor, Viktor Shokin, for corruption in March 2016. The current Prosecutor General said this May that there was no legal case against Burisma or Hunter Biden. But Trump’s attorney Rudy Giuliani, who has whipped up the allegations against Biden since late 2018, has persisted with meetings with senior Ukrainian officials.

See also EA on talkRADIO: This Week’s Journey Through Trump-Land — Ukraine and Ripping Up the Environment
TrumpWatch, Day 975: Caught Out Over Ukraine Phone Call, Trump Rants on Twitter

Meanwhile, the White House held up $250 million in military aid for Ukraine, despite Russia’s support of separatist movements in the east of the country and Moscow’s annexation of Crimea in 2014.

“A Grave New Chapter of Lawlessness”

A series of Democratic legislators say that the revelations and the Administration’s refusal to give the complaint to Congress, are changing their calculations about impeachment proceeds.

In interviews with The New York Times, more than a dozen Democrats said they were now ready to consider hearings.

“I don’t want to do any more to contribute to the divisiveness in the country, but my biggest responsibility as an elected official is to protect our national security and Constitution,” said Rep. Debbie Dingell.

There are lines being crossed right now that I fear will be erased if the House does not take strong action to assert them, to defend them. If all we do is leave it up to the American people to get rid of him, we have not upheld the rule of law, we have not set a precedent that this behavior is utterly out of bounds.

Rep. Adam Schiff, chair of the House Intelligence Committee, said the House may have “crossed the Rubicon” amid the new disclosures.

I have been very reluctant to go down the path of impeachment. But if the President is essentially withholding military aid at the same time he is trying to browbeat a foreign leader into doing something illicit, providing dirt on his opponent during a Presidential campaign, then that may be the only remedy that is coequal to the evil that that conduct represents.

And Speaker Nancy Pelosi, who has so far checked the move to formal impeachment hearings, hinted at a shift in a letter to House Democrats:

If the administration persists in blocking this whistle-blower from disclosing to Congress a serious possible breach of constitutional duties by the President, they will be entering a grave new chapter of lawlessness which will take us into a whole new stage of investigation.

Schiff has issued a subpoena for the complaint, and the Committee took closed-door testimony from Inspector General Michael Atkinson last Thursday. Director of National Intelligence Maguire is scheduled to appear this Trhursday to explain his defiance of the Committee.

“Troubling in the Extreme”

Trump admitted on Sunday that he had mentioned Biden in the call with Zelenskiy. However, he and his allies persisted with the counter-attack of unsubstantiated allegations against the Bidens. Trump told reporters before leaving for Texas and Ohio:

The conversation I had was largely congratulatory, with largely corruption, all of the corruption taking place and largely the fact that we don’t want our people like Vice President Biden and his son creating to the corruption already in the Ukraine.

Trump’s attorney Giuliani, in a rambling appearance on pro-Trump outlet Fox TV, claimed that Hunter Biden was a “drug user”.

But Sen. Mitt Romney, the Republican Presidential nominee in 2012, said it is “critical for the facts to come out”: “If the president asked or pressured Ukraine’s president to investigate his political rival, either directly or through his personal attorney, it would be troubling in the extreme.”

Even some of Trump’s allies put some space between them and the White House. Sen. Lindsey Graham said, “I’m hoping the president can share, in an appropriate way, information to deal with the drama around the phone call. I think it would be good for the country if we could deal with it.”

Meanwhile, Rep. Pramila Jayapal, the co-chair of the Democrats’ Progressive Caucus, said she is ready to vote outo impeach Trump: “There is no congressional authority anymore that we are being allowed to exercise, except the one that we have not exercised yet.”

Rep. Dina Titus said that, once a transcript is made public of the Trump-Zelenskiy call, even Democrats facing re-election battles cannot continue to resist impeachment: “I don’t see how they can fight it any longer.”