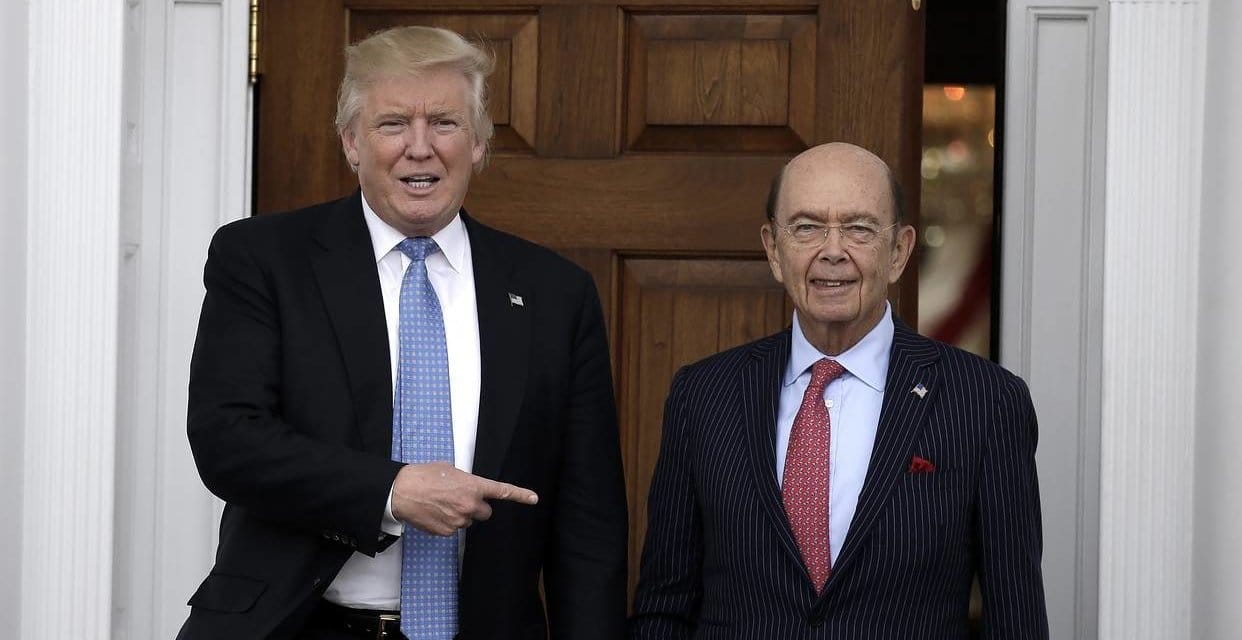 Commerce Secretary Wilbur Ross threatened to fire top staff at the National Oceanic and Atmospheric Administration, if they did not withdraw forecasts over Hurricane Dorian that exposed Donald Trump’s false tweets about the storm.

“Three people familiar with the discussion” said Ross’s threat led to a statement last Friday by the NOAA that rebuked the Birmingham, Alabama office for its reassurance on September 1 that the state was not in Dorian’s path. Residents had been alarmed by Trump’s Twitter message that Alabama “would most likely be hit (much) harder than anticipated”.

On Friday morning, Ross phoned Neil Jacobs, the acting administrator of NOAA, from Greece, according to the three sources who spoke with The New York Times. They said Ross instructed Jacobs to correct the agency’s contradiction of Trump.

When the administrator objected, he was told that NOAA staff would be fired if the situation was not fixed to the satisfaction of Ross and Trump.

The NOAA’s statement — which accused the Alabama office of unprofessional behavior — is now being examined by the Commerce Department’s Office of Inspector General, with employees asked to preserve their files.

The inspector general, Peggy Gustafson, wrote staff that the National Weather Service “must maintain standards of scientific integrity”. She said the messages and actions around Dorian “call into question the NWS’s processes, scientific independence, and ability to communicate accurate and timely weather warnings and data to the nation in times of national emergency.”

The NOAA’s acting chief scientist Craig McLean e-mailed staff on Monday that he is examining “potential violations” in the statement, saying the intervention is “a danger to public health and safety”.

The Commerce Department tried to push back in a statement from a spokesman: “Secretary Ross did not threaten to fire any NOAA staff over forecasting and public statements about Hurricane Dorian.”

The spokesman would not say if Ross had ordered the agency to issue last Friday’s statement.

Politics and the Hurricane

In total, there were three warnings to staff of the NOAA, which is part of the Commerce Department, between Trump’s tweet on September 1 and the statement five days later.

Hours after Trump’s initial message, staff were instructed by a top NOAA official to “only stick with official National Hurricane Center forecasts if questions arise from some national level social media posts which hit the news this afternoon”.

On September 4, after Trump altered a hurricane map with a half-circle drawn in black Sharpie to include Alabama, the NOAA sent a similar warning to scientists and meteorologists not to speak out.

A “senior administration official” insisted on Monday that the Birmingham meteorologists were seeking to embarrass Trump rather than to protect the public, and that NOAA was responsible in issuing last Friday’s statement.

The official provided no evidence to support his assertion.