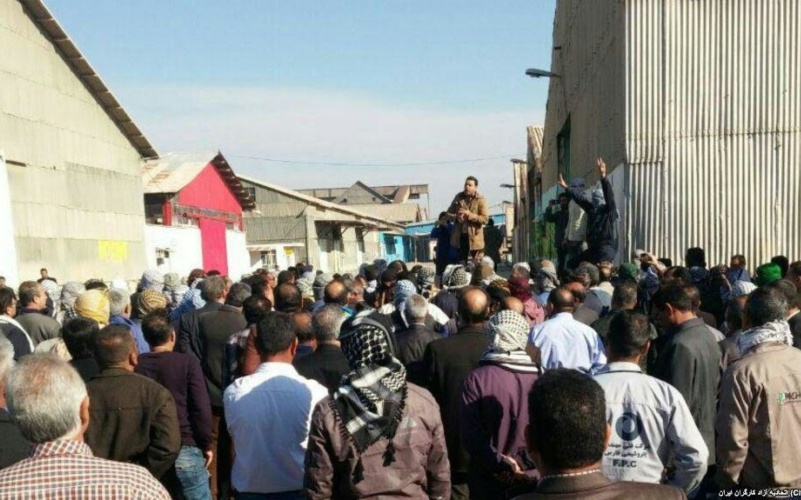 Iran’s head of judiciary has ordered a review of long prison sentences imposed on labor and union activists.

Ebrahimi Raisi has assigned the head of Tehran’s Justice Department to oversee the enquiry into terms of up to 20 years punishing the activists over protests at the Haft Tapeh sugar plant in southwest Iran.

Raisi’s intervention came after a letter to him from Cooperatives Minister Mohammad Shariatmadari over the “shocking” verdicts. The Government has reportedly decided to form a committee of Justice and Labor Ministers and President Hassan Rouhani’s legal advisor, to consider court cases and procedures.

Throughout 2018, there were strikes and demonstrations at the Haft Tapeh complex over wages and conditions. Shariatmadari has said, “Protesting work conditions is the absolute right of the labor force.”

Under Article 27 of Iran’s Constitution, “Public assemblies and marches may be freely held, provided arms are not carried and that they are not detrimental to the fundamental principles of Islam.”

But the Iranian regime does not recognize labor unions, instead using a “Workers’ House” to support its position, and has regularly imprisoned and harassed activists.

All seven men are being held in Tehran’s Evin Prison.

Bakhshi and fellow activist Qolian were arrested in November and again in January. They claim they were tortured to make “confessions”. Iran State TV broadcasts declared that the two were linked to a foreign-based Marxist group.

In March, As’ad Behnam Ebrahimzadeh was given a six-year prison sentenced after a 10-minute trial over his attendance at the protests