Has Boris Johnson Reached Dead End Over No Deal Brexit? 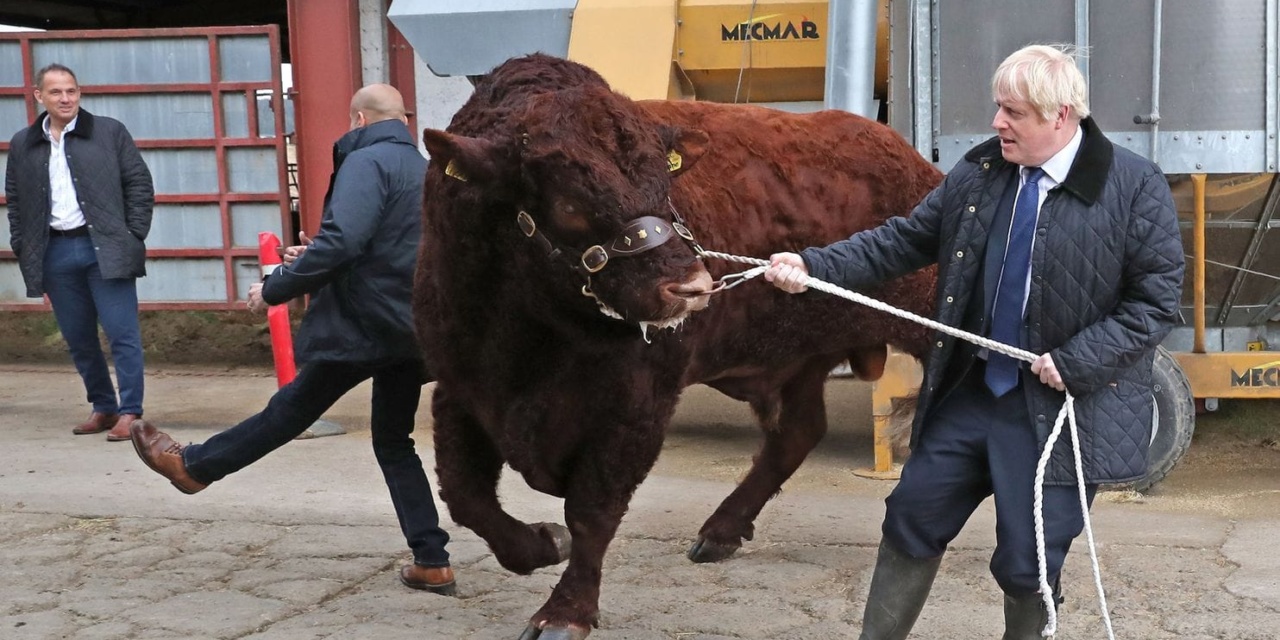 UK Prime Minister Boris Johnson tries to control a bull during a visit to a farm in Aberdeenshire, Scotland, September 6, 2019

After only two months in office, UK Prime Minister Boris Johnson has reached a dead end over his quest for a No Deal Brexit from the European Union.

But it is still not clear if Britain can escape the self-inflicted political, economic, and social damage from three years of division and chaos. This may be the greatest change in the United Kingdom — possibly a dis-United Kingdom with the departure of Scotland and further detachment of Northern Ireland — since 1945.

On Monday, Parliament will pass the bill extending the October 31 Brexit deadline for another three months. It will reject Johnson’s demand for an early election, preventing the Prime Minister from sneaking back into office to revive No Deal before Halloween.

See also EA on talkRADIO: This Week in Brexit Hell
EA Video Analysis: Where UK is Now With Brexit — and Where It Goes Next

It has been a stunning rebuke for the scheming of Johnson and his senior advisor Dominic Cummings for No Deal. They gave an ultimatum to the EU to drop the Irish backstop, knowing Brussels would never accept. They lied about the Government’s report on the October 31 crash-out — Operation Yellowhammer — shortages of food and medicine, days of delays at ports, sharply-reduced social care and public services, and a recession by next year. They suspended Parliament for five weeks from September 11 to October 14.

But they miscalculated. They thought that, with the suspension limiting MPs to only a few working days before October 31, No Deal’s opponents would not have enough time to pass legislation. In fact, the coalition — from the Labour Party, the Scottish Nationalists, the Liberal Democrats, Wales’ Plaid Cymru, and the Greens — were ready as soon as Parliament reopened on September 3. Within hours, they had passed the bill for Parliament to take back control of the legislative agenda and thus the Brexit process.

But as serious as No Deal would be, that is only the start of the crisis sparked by the Johnson Government. Angered that its plans had been derailed, the Government punished 21 Conservative MPs who voted to block No Deal. The rebels — including eight former Ministers, two former Finance Ministers, the UK’s longest-serving MP, and Winston Churchill’s grandson Nicholas Soames — were thrown out of the party.

In the unrelenting if shambolic quest for No Deal, Johnson and his inner circle are now prepared to wreck the long-established Conservative Party. What will be left will be a right-wing, even “hard-right”, faction dedicated to isolating the UK from Europe — and with no clear agenda beyond that. To retain power, it will probably have to go into coalition with the even harder-right Brexit Party.

Within hours on Thursday, Boris Johnson’s brother Jo quit his Ministerial post, “torn between family loyalty and the national interest”. The leader of the House of Commons, Jacob Rees-Mogg — who angered MPs earlier in the week with his dismissive attitude towards Parliament — slandered one of the UK’s top doctors for daring to speak about shortage of vital medicines under No Deal.

And Johnson, showing up an hour late for a speech in front of police trainees standing at attention, rambled through a pre-election speech in which he made little sense. One of the policewomen fell to her knees in the heat — and still Johnson carried on.

It was a fitting moment for a Prime Minister who is blustering, in his vain attempt to be Winston Churchill, about No Deal as England’s “Golden Age”.

There is nothing golden about his Government’s self-destructive quest. And the tarnished brass which remains could be an England which is shorn of Scotland, of Northern Ireland, and of economic and social security — all for empty echoes of a United Kingdom which once supposedly ruled Europe and much of the world.