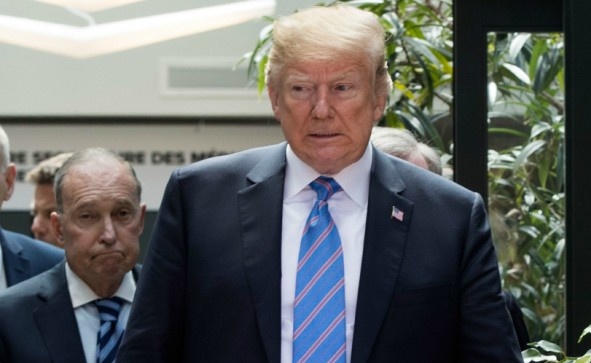 A key index of US manufacturing activity indicates Donald Trump’s trade wars, particularly with China, are taking America closer to an economic downturn.

Based on a survey of companies, the index fell to 49.1 from 51.2, the first contraction in US factory activity since 2016. The report from the Institute for Supply Management cited declining export orders and the challenge of moving supply chains out of China to avoid tariffs.

On Sunday, Trump implemented a 15% tariff on another $116 billion of Chinese goods. China responded by increasing tariffs on $75 billion worth of American products and filing a complaint at the World Trade Organization.

Trump is planning to impose the charges on another $240 billion on October 1, ensuring that all of Beijing’s exports to the US are now charged. He will also raise the tariff on the initial $250 billion, which have been under duty since June 2018, to 30%.

“The U.S. trade war with the world has blown open a great big hole in manufacturers’ confidence,” Chris Rupkey, the chief financial economist at MUFG Union Bank, wrote on Tuesday.

Economists have warned that the US economy may lose up to $1.3 trillion, with the average US household paying the price of up to $800 a year. But Trump continued to insist on Tuesday that it is only Beijing which will suffer.

….And then, think what happens to China when I win. Deal would get MUCH TOUGHER! In the meantime, China’s Supply Chain will crumble and businesses, jobs and money will be gone!

Three weeks ago, the bond market’s “inverted yield curve” — an inevitable marker of recession over the past 50 years — occurred for the first time since 2008. Consumer confidence reached a seven-month low, and a leading index of economic activity sank to its lowest level since late 2016.

Representatives of manufacturers and farmers warned of further dips. David French, the senior vice president for government affairs at the National Retail Federation, summarized, “It’s impossible for businesses to plan for the future in this type of environment.”

Michael Steel, a partner at Hamilton Place Strategies and former top aide to Republican House Speaker John Boehner, pointed to the political significance: “The state of the economy is the single biggest factor in determining whether the President is re-elected, and right now, it feels like they are riding a rubber ducky into alligator-infested waters.”