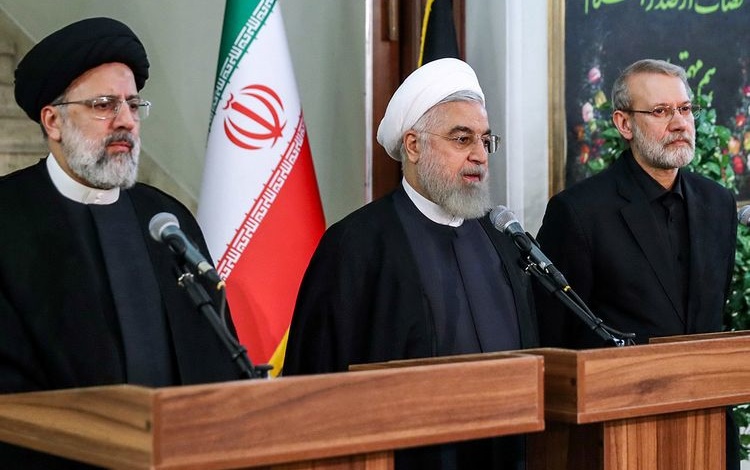 President Hassan Rouhani has announced a further suspension of Iran’s commitments under the 2015 nuclear deal from Friday.

Rouhani said in a press conference on Wednesday night that Tehran will resume research and development on advanced centrifuges for uranium enrichment, restricted under the deal with the remaining 5+1 Powers (France, UK, Germany, China, and Russia).

Unable to confirm an economic link with Europe to bypass comprehensive US sanctions, Iran broke the agreement’s limit on stocks of 3.67% uranium and raised enrichment to 4.5% in July. Rouhani also announced resumption of work on the Arak heavy water nuclear reactor, suspended under the deal pending a redesign to prevent plutonium byproduct.

The Atomic Energy Organization of Iran will be obliged to immediately start research and development on whatever technical needs the country has, and set aside all R&D commitments stipulated in the JCPOA [Joint Comprehensive Plan of Action]….

All the R&D timings in the JCPOA to which we committed ourselves will be fully lifted as of Friday.

He stopped short of declaring a return to the pre-2015 production of 20% uranium, which can be enriched to 90% for military use.

Iran’s uranium production has been based on the IR-1 centrifuge. Months before the 2015 nuclear deal, IR-2m centrifuges were installed but were not operational, while research was being pursued on an IR-4 model — four times as efficient at the IR-1.

Under the JCPOA, Iran put all IR-2m centrifuges in storage for 19 years, with monitoring by the International Atomic Energy Agency.

No Progress with France

The President indicated that discussions with France, including Deputy Foreign Minister Abbas Araqchi’s 10 hours in Paris on Monday, had not resolved differences for a financial mechanism to ensure trade in Iranian oil and other goods and commodities.

We took the first step in reducing our commitments, and gave the P4+1 a two-month deadline. Then we went ahead with the second phase, giving them another two-month deadline. In the four-month period, we held negotiations with the P4+1, including the European Union and the three European countries in particular.

Seeking to mediate between Iran and the Trump Administration, French President Emmanuel Macron had offered a $15 billion line of credit for Tehran in exchange for a return to all commitments under the nuclear deal. However, Paris stepped back on Tuesday, saying the arrangement was subject to Washington granting waivers from sanctions — without these, international banks might refuse involvement for fear of US punishment.

Our return to the full implementation of the nuclear accord is subject to the receipt of $15 billion over a four-month period, otherwise the process of reducing Iran’s commitments will continue.

Either Europe has to buy oil from Iran or provide Iran with the equivalent of selling oil as a credit line guaranteed by Iran’s oil revenue.

The US Treasury announced new sanctions on Wednesday, targeting a shipping network used to sell oil and offering a $15 million reward to anyone with information that disrupts the operations.

Sanctions were imposed on 26 individuals and entities affiliated with the Quds Force of the Revolutionary Guards. The Treasury claims the network moved aobut $500 million worth of oil in the last year. In addition to asset freezes, the new blacklist prohibits anyone who offers a port or loads or unloads oil from the 11 ships.

The Treasury said the network is run by Rostam Qassemi, Iran’s former Oil Minister and is being used to funnel money to Hezbollah and Syria’s Assad regime as well as supporting the Revolutionary Guards.