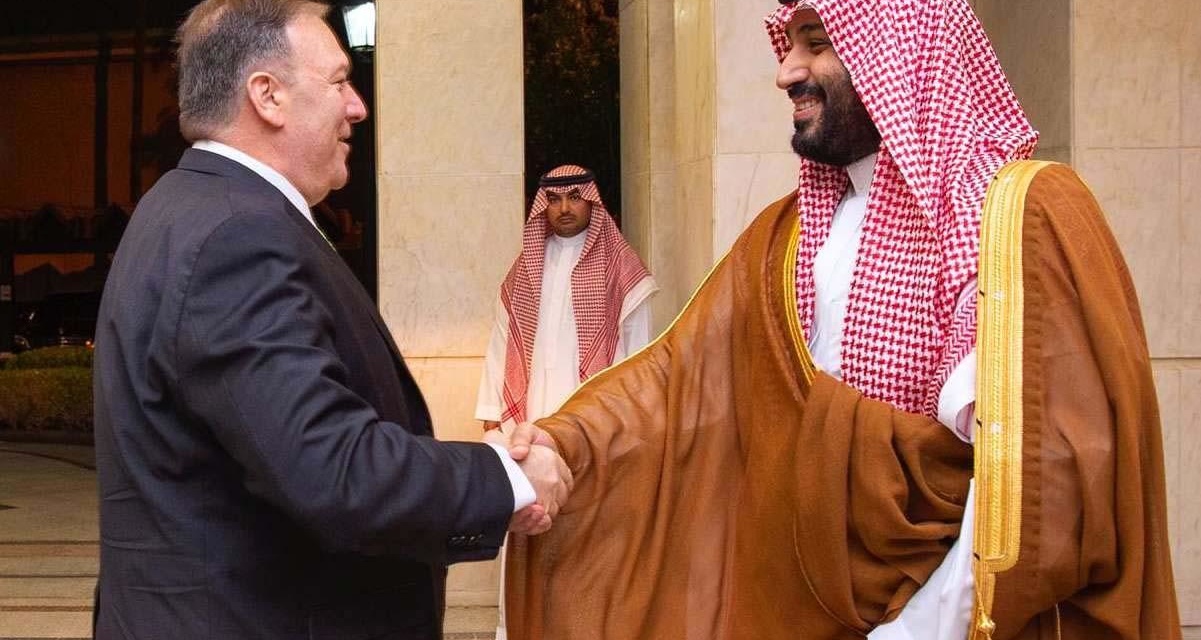 Saudi Arabia has blamed Iran for Saturday’s drone and missile attacks on two major Saudi oil complexes, while US Secretary of State Mike Pompeo has called the strikes an “act of war”.

Col. Turki al-Maliki, the spokesperson of the Saudi-led coalition that has intervened in Yemen’s civil war, said on Wednesday that the attacks were “unquestionably sponsored by Iran” and “did not originate from Yemen despite Iran’s best efforts to make it appear so”.

Yemen’s Houthi insurgency, which controls much of the country, claimed responsibility for the strikes which knocked out more than half of Saudi’s oil production, reducing the global supply by 5% per day.

But US officials, producing satellite images, claimed the attacks came from the direction of Iraq or Iran. On Monday, Pompeo told Saudi representatives that the US assessment was of a launch from western Iran near the Iraqi border — a statement reinforced by officials who told media outlets that the US had tracked the incoming drone and missile fire.

Concerned about military escalation, Saudi Arabia had been more cautious in pointing to Iran. But al-Maliki declared yesterday, as he said 25 drones and missiles hit the Abqaiq facilities, “The attack was launched from the north and unquestionably sponsored by Iran. We are working to know the exact launch point.”

The colonel presented the remains of a missile to back up the assertion. He stopped short of accusing Iran’s Revolutionary Guards of launching the attack, rather than arranging it through Iran-backed militias, but said the attack was an extensions of strikes on Saudi pumping stations on May 14.

Echoing the statements of Riyadh’s diplomats, Maliki called the strikes “an attack on the global economy”.

US Secretary of State Pompeo said, during his visit to Saudi Arabia:

We were blessed there were no Americans killed in this attack, but anytime you have an act of war of this nature, there’s always a risk that could happen.

But Pompeo’s statement implied that US personnel would have to die before there was American retaliation. And rather than proposed military steps, he spoke only of assembling an international coalition to deter further attacks.

“That’s my mission here, is to work with our partners in the region,” he said, referring to European countries and pointing to his visit to the UAE before returning to the US.

And Donald Trump appeared to balk at any military steps, retreating again from his “Locked and Loaded” tweet at the weekend.

Trump vaguely answered reporters’ questions during a trip to Los Angeles: “There are many options. There’s the ultimate option and there are options a lot less than [military action].”

Beyond Trump’s unpredictable behavior, the US military has pointed to the risks of a wider conflict with Iran, threatening more than 70,000 US personnel deployed from Egypt to Pakistan.

See TrumpWatch, Day 970: Trump Steps Back on Showdown With Iran Over Saudi Attacks

The State Department said, after the meeting between Pompeo and Saudi Crown Prince Mohammed bin Salman, that they “agreed that this was an unacceptable and unprecedented attack that not only threatened Saudi Arabian national security, but also endangered the lives of all the American citizens living and working in Saudi Arabia, as well as the world’s energy supply in general”.

Reinforcing Pompeo’s statement about a “coalition”, the State Department said the two men “discussed the need for the international community to come together to counter the continued threat of the Iranian regime”.