A Literary Award — But No Freedom For Asylum-Seeker Behrooz Boochani 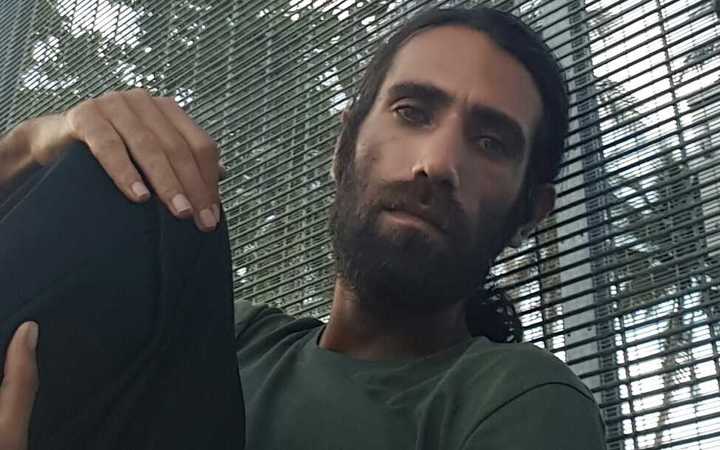 Even though Australia is a country of migrants, its current treatment of refugees and asylum-seekers is cause for both domestic and international outrage. This situation is perhaps best embodied by Behrooz Boochani, an Iranian-Kurdish writer, filmmaker and journalist who is also a refugee. Boochani spent six years in the refugee camp of Manus. While the camp, which is located in Papua-New Guinea, closed in 2017, Boochani was transferred to Port Moresby, his future status uncertain.

Boochani’s determination to survive and testify about the conditions in the camp drove him to achieve an incredible feat: he kept a diary and used WhatsApp messages to assemble a prize-winning memoir, No Friend But the Mountains: Writing from Manus Prison, which won the Victorian Prize for Literature and the Victorian Premier’s Prize for Nonfiction in January 2019.

According to reports, and to Boochani’s own account in his book, at least 16 people lost their lives in detention camps. There are numerous other documented examples suicide, self-harm, and extreme violence. Reports indicate detainees, including women and children, slept in moldy tents with mice and cockroaches and received inadequate health care. This violence is a consequence of Australia’s offshore processing policy, which is designed to deter people from coming to Australia by punishing those who have come by boat seeking safe haven.

In Australia itself, the debate around the camps is raging. The Labour party claims that Peter Dutton, Australia’s home affairs minister, has lost control of Australia’s borders, saying 80,000 people have arrived by plane to claim asylum since 2014. There are also accusations of corruption, as this policy requires billions of dollars in spending and also creates jobs.

The trailer of a documentary movie produced on a mobile phone by Boochani showing the Manus camp:

I was recently able to speak to Boochani in Farsi using WhatsApp. Here is a translated and edited version of my interview.

Many consider that refugees and asylum seekers were treated as criminals in these detention camps while committing no crime. You believe it was far worse. Can you explain?

It is very important to emphasize that people in these camps had no rights. While criminals in prison enjoy certain basic rights, even in the worst systems, such as the right to make phone call, refugees and asylum seekers in these camps were deprived of those basic rights.

Time is the most important thing to describe this system. People who are sent to prison know how long their sentence is, but we did not, and we do not know when can we leave this place. This creates real mental torture. Besides, there is only one season on this island. This is really disturbing, because you do not feel time passing.

In such conditions, how was resistance even possible?

There are two categories of resistance. One is individual, such as the hunger strike. People have different personal forms of resistance: I started to write, another person cultivated a one square-meter garden, one sang. Self-harm is also a form of resistance: using your body as your only weapon because a body is a political subject. I can count over 100 times when people did that to themselves. And it has been reported as a practice common among refugees in several reports.

Another category of resistance was collective, group action against the system. The most significant rebellion in this prison was in February 2014. Both sides, camp guards and detainees, used violence, leading to the death of one refugee, Reza Barati. For two weeks, detainees conducted peaceful demonstrations. The second action took place in January 2015, when 800 people went on hunger strike for two weeks. The camp authorities started to use violence, moving some leaders to prison, attacking two camps and beating many people. The third action happened in 2017 when detainees did not want to move to new locations. This lasted 23 days and was peaceful, but in the end we were attacked and many were injured. The fact that we are attacked as refugees by locals is motivated by Australian propaganda that describes us as a danger to society.

You wrote that Australia used the “fear factor” to divide refugees and locals. Refugees were presented as criminals and locals as barbarians. Did this discourse ever stop impacting people?

This system is based on fear, and from the early days, it created distrust and hostility among locals and refugees. Both groups became victims of this system. But when the refugees started going outside and got in touch with locals, this discourse faded, while suspicion remained.

Why did Australia refuse New Zealand’s offer to relocate 150 refugees and called it “a marketing opportunity for smugglers”?

This is because Australia’s Liberal party never wants to end the detention camps, for several reasons: first, the Liberal party uses this detention policy to scare people in its competition with the Labour Party, basically saying ‘if we are not around, boat people will come back’. This argument is false. Boats are not coming because they are forcefully turned away. The Manus and Nauru camps have had no deterrence impact. There are also large sums of money involved in this detention policy, with billion of dollars spent in corruption schemes. Finally, one of the reasons why people suffer is racism and sadism.

Recently, a refugee from Manus said while receiving a human rights award in Switzerland, that he was amazed at how public opinion is unaware of Australia’s detention camps. How is this possible? What can we do to raise awareness?

I kept writing for six years, day and night. The most important challenge is that we are facing a liberal Western government and this creates a kind of positive image in public opinion. There are some art and literature creations in Manus that will find their way out and can raise awareness. For example my book will be published in 25 countries, and my film will be screened in several international festivals. Through the language of art, people can understand the system better than through the media.