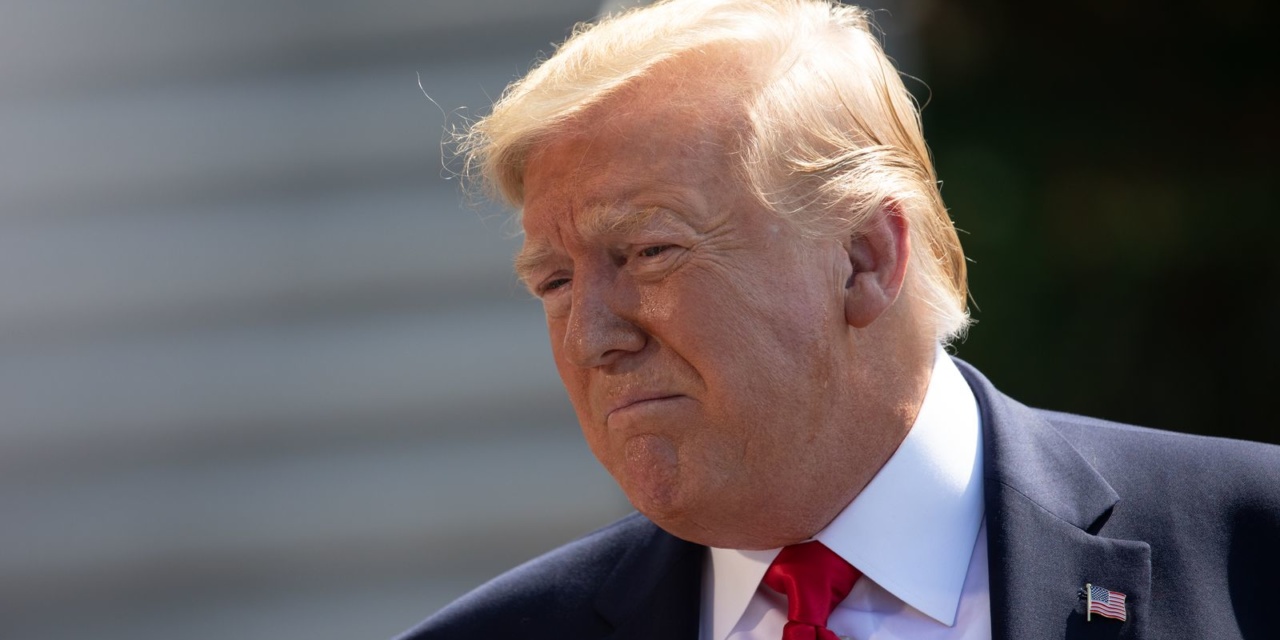 Donald Trump is agitated that signs of an economic downturn in the US and around the world will doom his re-election in November 2020.

Multiple sources close to Trump and his Administration have spoken to The Washington Post about Trump’s angst and anger this week, as he attacks the Federal Reserve and its chairman Jerome Powell, China, and Democrats.

On Wednesday, an “inverted yield curve” — a rare occurrence in the bond market which has inevitably predicted recessions over the past 50 years — occurred for the first time since the 2008 Great Recession. The stock market had its worst day in 2019, losing 3% of value and almost 7% over the week, although it had a small recovery on Thursday.

See TrumpWatch, Day 936: Signs of Economic Slowdown in US and Around World

Economic growth slowed in the April-June quarter. The Federal Government is facing an unprecedented annual debt of more than a trillion dollars, fueled by the Administration’s $1.5 trillion tax cuts in December 2017. Economists predict Trump’s trade war with China will cost $1.3 trillion, with further damage from his tariff battles with allies such as Japan, South Korea, and the European Union.

White House officials admitted that while they are worried, they are not working on plans to deal with any economic contraction. “People involved in internal discussions” said there are no preparations because officials do not believe a recession will occure, and because they don’t want to validate a “negative narrative”.

But “a source close to President Trump” told Axios, “I’m very worried about the latest economic data. A lot of us are concerned. Without the narrative on the economy, he can’t win.”

Wary of his anger and unpredictable behavior, Trump’s economic advisers have been giving him upbeat assessments that the domestic economy is stronger than forecasters say. On Thursday, he recycled one of the messages on Twitter:

Walmart, a great indicator as to how the U.S. is doing, just released outstanding numbers. Our Country, unlike others, is doing great! Don’t let the Fake News convince you otherwise.

Trump labelled the US economy as “the Biggest, Strongest and Most Powerful Economy in the World” and said the media are “doing everything they can to crash the economy because they think that will be bad for me and my re-election”.

“Two people familiar with the discussions” say a worried Trump has been calling business leaders and financial executives From his golf club in New Jersey, where he is based this week. They have given Trump a mixed assessment.

Trump has responded by telling confidants that many economists and other forecasters are presenting biased data to prevent his second term.

A Republican friend said, “He’s rattled. He thinks that all the people that do this economic forecasting are a bunch of establishment weenies — elites who don’t know anything about the real economy and they’re against Trump.”

However, global developments, linked to Trump’s trade wars, are extending beyond “establishment weenies”. The UK, facing a No Deal Brexit crash-out from the European Union, had a 0.2% loss in GDP from April-June. Germany’s economy contracted 0.1%, in part because of the effect of the US-China trade conflict. Both countries are extracted to contract further from July to September, meeting the definition of a recession.

China recorded its slowest industrial growth since 2002 this month, with an expansion of only 4.9%. The retail sector is also slowing.

Earlier this week the Trump Administration unexpectedly delayed the imposition of 10% tariffs on $160 billion of Chinese imports and suspended any duties on another $50 billion.

Trying to force a Chinese surrender in trade talks, Trump announced last month that another $325 billion of Chinese imports would be punished, and threatened to raise duties on the other $250 billion from 10% to 25%.

The new tariffs will be imposed on September 1 on $116 billion of products, but Trump said delays to December 15 on others — such as smartphones, laptop computers, and children’s toys — will allow stores to stock for the Thanksgiving and Christmas holidays.