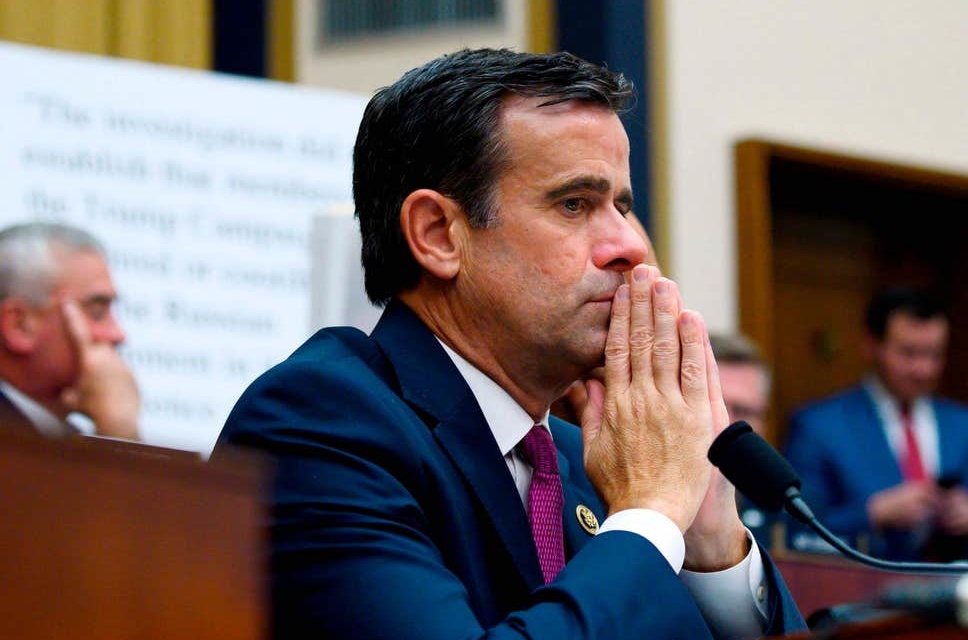 Donald Trump withdraws his attempt to put a political ally at the head of national intelligence.

Trump announced on Friday that Rep. John Ratcliffe of Texas was being removed from consideration as Director of National Intelligence. and would remain in Congress.

….John has therefore decided to stay in Congress where he has done such an outstanding job representing the people of Texas, and our Country. I will be announcing my nomination for DNI shortly.

But Senators and representatives, including some Republicans, criticized Trump’s attempt to politicize the intelligence services.

Even before taking office, Trump compared the services to Nazis, and he has repeatedly insulted their leaders and accused them of being part of the “witch hunt” and “hoax” of the Trump-Russia investigation. He was infuriated when Director of National Intelligence Dan Coats presented findings on North Korea, Iran, and Russia that differed from Trump’s declarations.

Colleagues posed questions about Ratcliffe’s résumé and lack of experience. They described him as a relatively disengaged member of the House Intelligence Committee and little-known among intelligence services. He had not taken part in any of the committee’s overseas trips.

The Washington Post reported that Ratcliffe’s headline claim of a massive roundup immigrant workers at poultry plants in 2008, when he was a federal prosecutor in Texas, was not supported by the court record or testimony of participants.

Sen. Richard Burr, the Republican chairman of the Senate Intelligence Committee, said he respected the withdrawal of Ratcliffe’s nomination.

I’m heartened by the fact that [the Office of the Director of National Intelligence] has an experienced and capable leadership team to see it through this transition. However, there is no substitute for having a Senate-confirmed director in place to lead our Intelligence Community.

I do not wish for a national security and intelligence debate surrounding my confirmation, however untrue, to become a purely political and partisan issue. The country we all love deserves that it be treated as an American issue. Accordingly, I have asked the President to nominate someone other than me for this position.

White House officials bickered over whether Trump should have persisted with the nomination. One said Ratcliffe got cold feet, but others thought that Senate Republicans would not vote against a Trump nominee despite turbulent hearings and that the Congressman had withdrawn too soon.