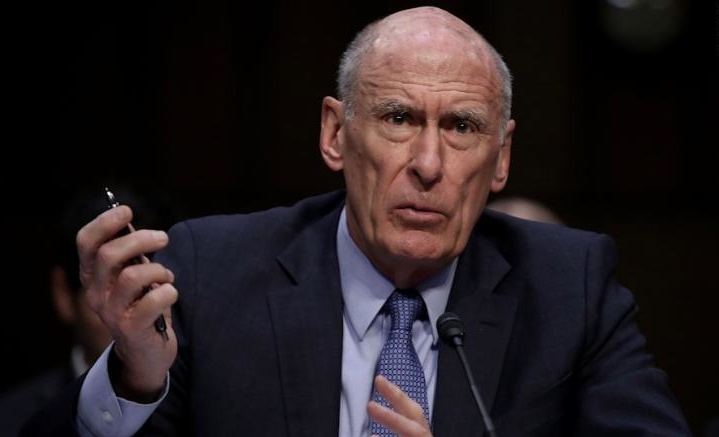 Donald Trump replaces Director of National Intelligence Dan Coats, whom he has repeatedly derided, with a loyalist Congressman.

Trump announced on Twitter that Coats will step down, and Rep. John Ratcliffe of Texas will take over.

Trump had castigated Coats for intelligence assessments that contradicted the Trump line on Russia — including Russian interference in the 2016 Presidential election — North Korea, Iran, and other matters. In contrast, Ratcliffe has been prominent in casting aspersions on the Trump-Russia investigation and Special Counsel Robert Mueller.

Last week, during Mueller’s testimony to the House Judiciary Committee, Ratcliffe berated the former FBI director when Mueller refused to exonerate Trump over Russia links and obstruction of justice: “Donald Trump is not above the law. He’s not. But he damn sure shouldn’t be below the law.”

On Sunday, Ratcliffe appeared on Trump’s favorite outlet Fox TV and falsely said that the Mueller Report found that “there was no collusion or conspiracy”. (The report explicitly said it was not testing “collusion”, because the term has no standing in criminal law.) He insisted that “a legal standard didn’t exist” to consider Trump’s obstruction of justice.

The Mueller report and its conclusions weren’t from Robert Mueller. They were written by what a lot of people believe was Hillary Clinton’s de facto legal team, people that had supported her, even represented some of her aides.

Putting in A Loyalist

Trump disregarded the warnings of some Republicans — including Sen. Richard Burr — the chairman of the Senate Intelligence Committee — Ratcliffe is too political to head the intelligence community.

But Trump has already put in a loyalist as Attorney General, William Barr, who gave essential cover during the publication of the Mueller Report this spring, and his hardline advisor Stephen Miller is purging Homeland Security officials considered too “weak”.

That leaves FBI Director Christopher Wray as the only intelligence head who has implicitly stood against criticism, defending agency staff despite Trump’s diatribes over the “deep state” and the “hoax” of the Trump-Russia inquiry.

Senate Minority leader Chuck Schumer said Ratcliffe was selected Trump “because he exhibited blind loyalty to President Trump with his demagogic questioning” of Mueller and that his confirmation “would be a big mistake”.

Coats defended intelligence agencies over the conclusion of Russia’s interference in the 2016 election. Trump responded at a July 2018 summit with choosing Russian President Vladimir Putin’s denials over the assessment of the US intelligence community.

Afterwards, when Coats sarcastically remarked about a Trump invitation to Putin to the White House — “That is going to be special” — aides tried to arrange the director’s dismissal. But Coats, a former Senator from Indiana, was shielded by Vice President Mike Pence, a former governor of the state.

Still, the White House watered down a secret report by Coats about interference in the 2018 midterm elections by Russia. And his presentation in late January of global threats drew Trump’s rebuke that intelligence staff were “passive and naive”.

Trump bristled when Coats told legislators that North Korea would not give up its nuclear stockpile — a finding at odds with Trump’s embrace of North Korean leader Kim Jong-un — and that Iran did not have nuclear weapons capability: “Perhaps Intelligence should go back to school!”

Coats held firm in a speech to intelligence officials: “When we find that truth, [we must] speak the truth.”