Syria Daily: While Northwest Burns, Turkey and US Set Up “Safe Zone” in Northeast 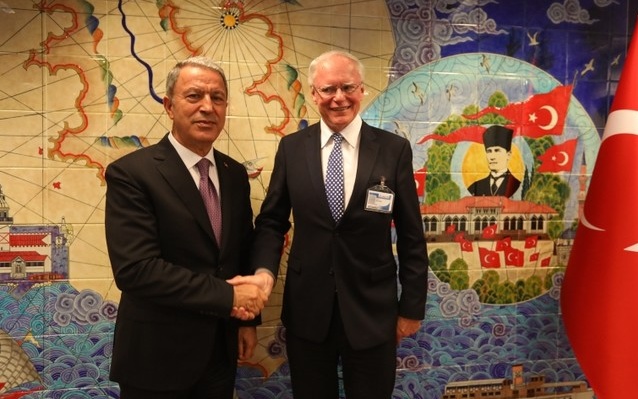 While a Russia-regime offensive in northwest Syria kills and wounds thousands of civilians and displaces hundreds of thousands, Turkey and the US have declared a “safe zone” in the northeast.

Turkish Defense Minister Hulusi Akar said on Saturday that a joint Turkish-US operation center to establish and oversee the 450-km (250-mile) zone along the Turkish-Syrian border is operational.

“The joint operation center has started working at full capacity. The command of center is by one US general and one Turkish general,” Akar said.

Akar continues to give few details of the zone across the Kurdish cantons of Kobani and Cezire, notably the depth of the area.

During weeks of often-tense discussions, the Turks sought a 30-km (19-mile) deep zone, while the US said the area should be no more than 15-km (9-mile) deep.

Turkey has also demanded the withdrawal of the Kurdish militia YPG, the leading faction in the US-supported Syrian Democratic Forces. Ankara considers the YPG to be part of the Turkish Kurdish insurgency PKK, which has fought Ankara’s security forces for more than 30 years.

The US created the Syrian Democratic Forces in autumn 2015 to confront the Islamic State in the northeast. The last organized ISIS resistance was ended this spring.

Kurdish officials have said that the YPG will pull back 3 km (2 miles) inside the border. On Saturday, the militia reportedly left the town of Tal Abyad, although elements of the SDF were said to have remained.

Pentagon spokesman Commander Sean Robertson said a US general and his Turkish counterpart flew the first joint reconnaissance mission over the northeast: “[This] demonstrates commitment to address Turkey’s legitimate security concerns on their southern border….[It will help] security in northeast Syria so ISIS cannot re-emerge.”

Without naming YPG, Akar claimed, “We have started destroying terrorist positions and targets.”

The operations begin as Turkey is under pressure from the Russia-regime offensive which has recaptured northern Hama and part of southern Idlib Province as it tries to eliminate the last major opposition area in Syria.

The Russia-regime advance last week isolated one of 12 Turkish observation posts, in Morek in northern Hama, and is threatening to move on six others.

Turkish President Recep Tayyip Erdoğan appealed to Russian counterpart Vladimir Putin on Friday to halt the offensive and prevent a “major humanitarian crisis”, but Putin rejected the approach with the Kremlin claiming agreement to “activate mutual efforts with the goal of liquidating the terrorist threat” in Idlib.