EA on BBC and Monocle 24: Previewing the “G6+Trump” Summit 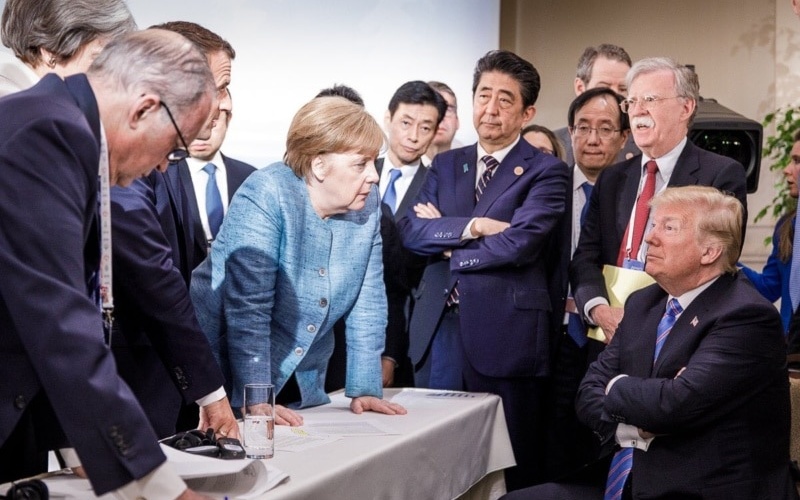 I spoke with BBC Radio Scotland’s Isabel Fraser on Saturday morning about the US-UK relationship amid the G7 summit, Donald Trump’s instability, and Prime Minister Boris Johnson’s drive towards a No Deal Brexit.

A No Deal Brexit gives the US ever greater leverage over the UK. If we crash out on October 31, the UK faces a relative reduction of GDP — on conservative estimates — of at least 9% and a possible recession….

Donald Trump’s only special relationship is with Donald Trump’s ego, and no country goes into a deal just to give something away to the other side.

I chatted further with Mai Davies of BBC Radio Wales about the “G6+1” summit, including French President Emmanuel Macron’s attempt to take the lead — amid Donald Trump’s disruptions and the UK’s isolation because of Brexit — on issues such as climate change.

We don’t have the G7 summit. We have the G5 plus Donald Trump plus the UK….Macron has taken the decision to rally the European powers, Canada, and Japan….

Even if someone tries to throw his toys out of the pram, you try to keep the pram on the road.

ORIGINAL ENTRY: I joined Monocle 24’s The Globalist on Friday to preview the G7 summit in France, explaining how the international meeting is now a matter of the “G6” trying to deal with issues — economic downturn, climate change, health and gender matters, international instability — while also dealing with the destabilizing and damaging Donald Trump.

We consider whether we should go further with “G5+2”, with the UK cutting itself adrift in Brexit and Prime Minister Boris Johnson possibly seeking a Trump liferaft. And there’s a concluding thought on the President positioning himself at the head of whoever is left: France’s Emmanuel Macron.

The other guest is author and journalist Terry Stiastny.