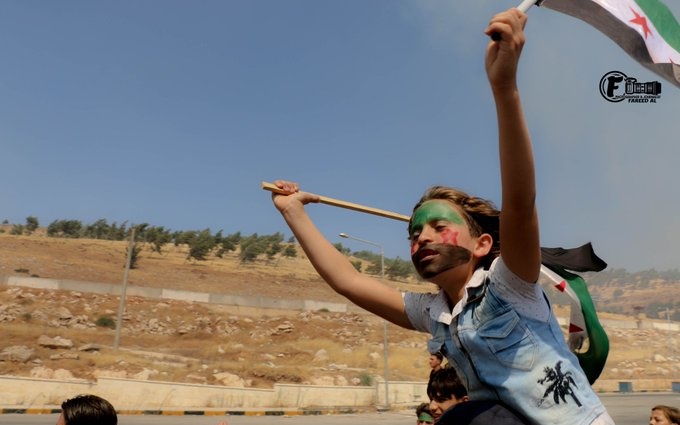 A child among Syrians moving towards the closed Bab al-Hawa border with Turkey, Idlib Province, August 30, 2019

Six civilians were injured. Pregnant women and newborns were evacuated by the White Helmets from the damaged hospital.

Still pictures of the White Helmets volunteers moving children out of the hospital following the attack. pic.twitter.com/w6LivQ4MeY

Aftermath of the strike:

Thousands of people, many of them displaced by the Russian and regime bombardment which has killed more than 900 civilians and wounded thousands since late April, headed towards the Bab al-Hawa crossing in Idlib Province. Demonstrators rocked buses and rushed towards the closed frontier. 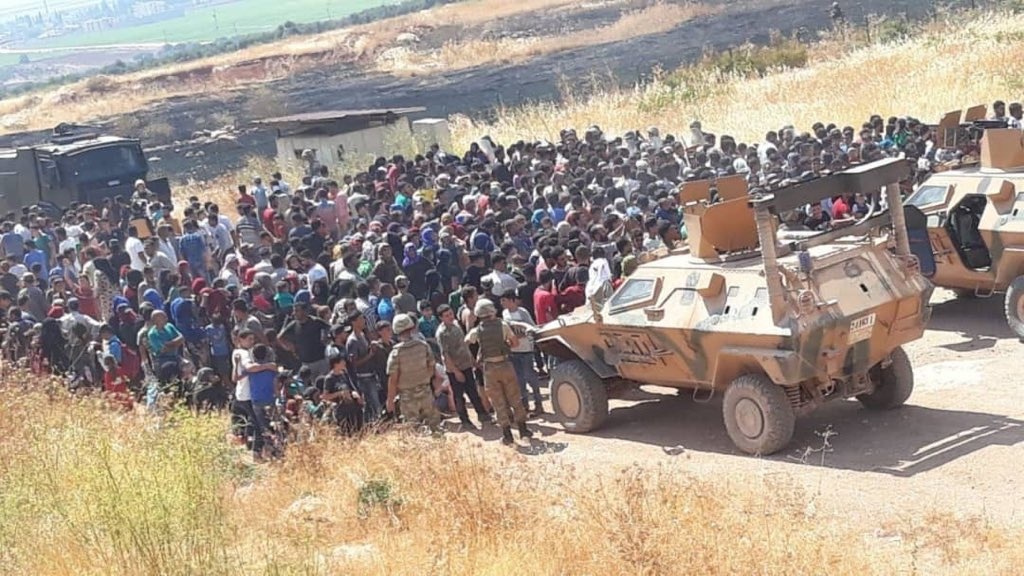 Turkey, which holds 3.6 million Syrian refugees, closed the border in 2016 to further entry. Ankara has been accused in recent weeks of deporting some Syrians, on the grounds that they do not hold proper identity cards.

Away from the border, residents rallied in the opposition cities and towns still free from the advancing offensive, which has displaced more than 400,000 people.

A local source told EA, “Protests were held even in the cities which are under air strikes. Fortunately regime/Russia didn’t bomb a square filled with protestors so far.”

More than 3 million people — about 20% of Syria’s remaining population — live in Idlib and northern Hama Provinces.

Pro-Assad forces, enabled by intensive Russian bombing and special forces, broke through anti-Assad lines at the start of August. They have taken almost all of northern Hama and parts of southern Idlib, including the town of Khan Sheikhoun and the area to the south.

Bombing on Wednesday killed at least 15 people. Thirteen of them, including six children, were slain in Ma’arat al-Nu’man.

The city is a likely next target of the offensive, as it is on the M5 highway between Aleppo and Homs. Tens of thousands of residents have fled in recent days.

Syria Daily: Another Mass Killing in “Insane” Russia-Regime Bombing of Idlib in Northwest

On Thursday, the offensive attacked east of Khan Sheikhoun and the M5. It captured the village of Khuwayn, but faced resistance as it tried to take the town of al-Tamanah.

Opposition sources told Reuters that hundreds of troops from the regime’s elite Republican Guards were brought to the frontlines. They also claimed that fighters from Iran-supported militias are now involved.