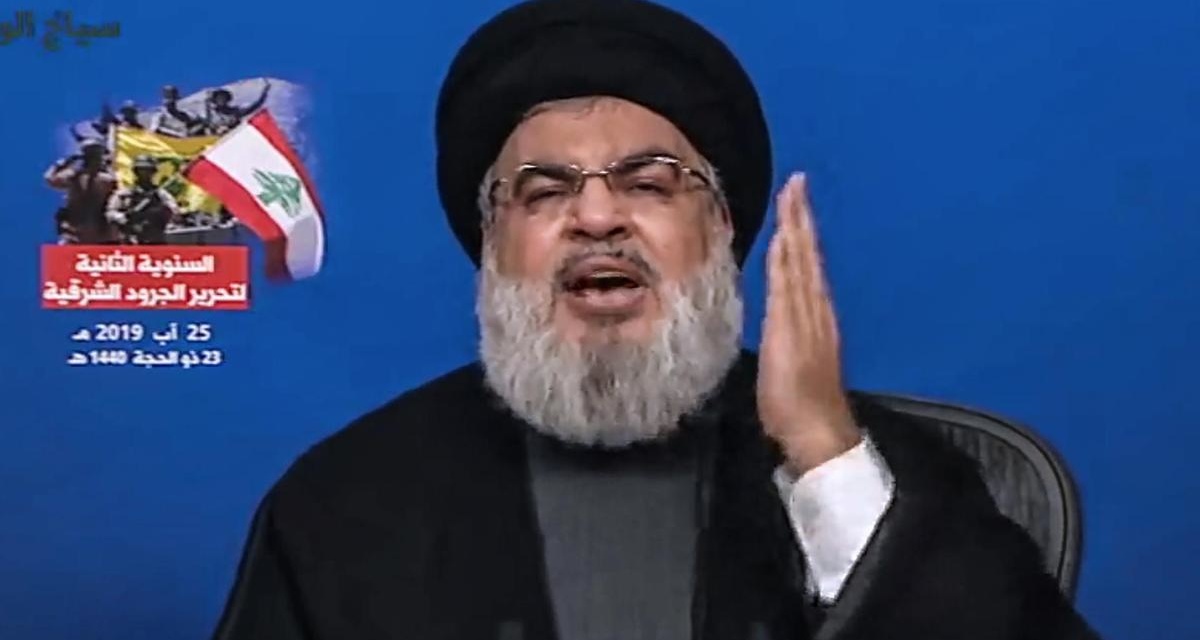 Hezbollah has confirmed its fighters were killed in Israel’s strikes on Iranian positions near Damascus on Saturday night.

The Lebanese organization’s head Hassan Nasrallah spoke of the fatalities in a speech to thousands of people on Sunday afternoon, declaring “a first response to the…very, very dangerous…Israeli aggression”.

He denied that the attack was on an Iranian base, saying the two slain Hezbollah fighters were in a “home”.

But the Israel Defense Forces posted images of what it claimed was an Iranian Revolutionary Guards position directing the plot for attacks by drones with explosives inside Israeli territory.

The IDF said the position was directing operatives located closer to the Israeli-occupied Golan Heights. The military, which claimed that it monitored the Iranians for “months”, said one drone attack was foiled on Thursday and another “imminent” when the Israelis hit the base on Saturday night on Aqrabah near Damascus. 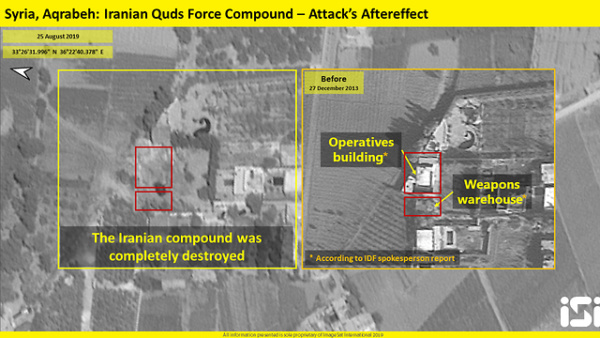 Reports on social media identified the two Hezbollah casualties as friends Hassan Zbeen and Yasser Daher. Photographs showed them on flights, apparently in business or first class, and some analysts claimed that they were based in Iran for two years and may have been in operations in Iraq.

Hezbollah operatives Hassan Zbeen and Yasser Daher, killed by the overnight Israeli strike outside Damascus, resided in Iran in 2016 and 2017, where they received visas for entry to Iraq pic.twitter.com/RYCOL3hqHS

Nasrallah’s confirmation of the Hezbollah deaths undercut denials from Iran of any Israel airstrikes.

Mohsen Rezaei, a former Revolutionary Guards commander and the Secretary of the Expediency Council, had said:

This is a lie and not true….Israel and the United States do not have the power to attack Iran’s various centers, and our [military] advisory centers have not been harmed.

Israel has carried out hundreds of airstrikes against Assad regime, Iranian, and Hezbollah targets during Syria’s eight-year conflict. The attacks initially focused on Iranian transfers of weapons and missiles to Hezbollah and on the movement of Iranian and Hezbollah personnel to southwest Syria near the Israeli-occupied Golan Heights. In the past 18 months, with Netanyahu demanding Iran’s withdrawal from Syria, Israel expanded the raids to targets Assad regime bases with Iranian personnel throughout the country.

On August 15, Israel struck one of the Assad regime’s major conventional and chemical weapons complexes, the Scientific Studies Research Center at Masyaf in Hama Province.

Saturday’s attack was followed by a series of explosions, attributed to Israeli airstrikes, on Iranian-backed militia inside Iraq. And it was accompanied on Sunday by a claimed Israeli drone strike on a Hezbollah media center.

Hezbollah spokesman Mohammed Afif said a “booby-trapped” drone hit the media office in south Beirut. He said the second landed but did not explode.

Lebanese Prime Minister Saad Hariri criticized Israeli violation of Lebanese airspace, saying Israeli aircraft were flying low over Beirut, Sidon, and southern Lebanon throughout the day. He called on the international community to support Lebanon against “the dangers of Israeli violations and their repercussions”, with “Israel’s aggressive intentions and its targeting of stability and peace in Lebanon and the region”.

The era when Israeli war jets were able to strike targets in Lebanon while [Israel] is kept safe has ended…Wait for our response which may take place at any time on the borders and beyond the borders.

Amal Saad of the Lebanese University, a specialist on Hezbollah, forecast an escalation of Hezbollah operations across the border into Israel, as well as attempts to down Israeli drones inside Lebanon.

3. It won't stop at preventive measures against future drone strikes, but will retaliate for today's attack by destabilizing Israel's Northern border and beyond. This could entail drone strikes it will launch on Israel proper, that could target military, economic or other sites

She concluded, “[Hezbollah] will attack Israeli soldiers across Lebanon’s border, or well beyond it. This could mean ambushes of border patrols or attacks on military bases and installations inside Israel proper.”

Since July 19, there have been three explosions at the bases of Iranian-backed militia inside Iraq. The first killed two Iranian citizens in Amerli in northern Iraq, about 100 km (62 miles) from the Iran border. The second on July 28 was at weapons storage sites in Camp Ashraf, 40 km (25 miles) north of Baghdad.

On August 12, an apparent strike detonated an ammunition warehouse in a complex in southern Baghdad, setting off hundreds of mortars and rockets with debris scattered up to 5 km (3 miles) away. One person was killed and 29 wounded.