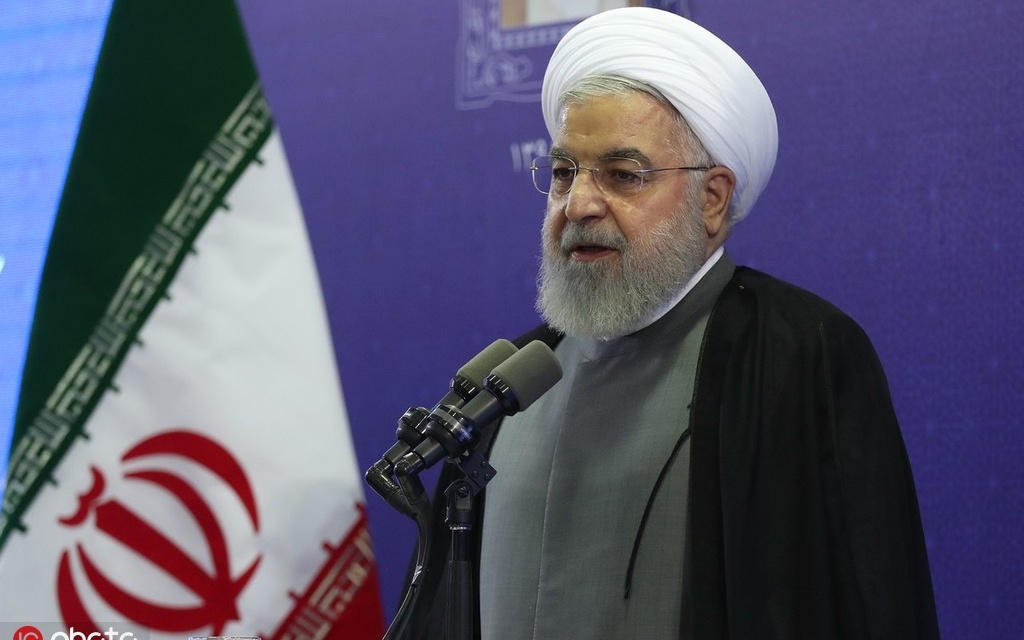 President Hassan Rouhani has again threatened to suspend more of Iran’s commitments under the 2015 nuclear deal with the 5+1 Powers (UK, France, Germany, China, and Russia).

Rouhani told officials in northwest Iran on Thursday that Iran was in talks with other countries about the survival of the agreement, after US withdrawal in May 2018 and comprehensive sanctions from November:

We are planning based on the assumption that we will not achieve results. Our budget for this year and next, our ministries are also acting on this basis….We are acting and going step-by-step with long-term prudence.

He asserted, in the nationally televised speech, “We have a hard battle ahead, but we shall surely win.”

Last month Iran exceeded the deal’s limit on stock of 3.67% uranium, and began enrichment to a level of 4.5%. Rouhani also said that work would resume on the Arak heavy-water reactor: construction had been suspended under the agreement until a redesign reduced the by-product of plutonium, which can be used in a military nuclear program.

Tehran is still far short of the 20% enriched uranium — which can potentially be enhanced to 90% military-grade — which it had produced before 2015. However, Iranian officials say that the process for the 20% fuel may be resumed.

Rouhani declared yesterday that Iran wants a resolution but is prepared for the breakdown of talks:

The world has realized that the Iranian nation is too great to break down as a result of their pressure and threats….We will keep negotiating, but will manage the country based on failure of negotiations.

He did not specify the “some countries” whom he was addressing, but talks with European countries have failed to establish the mechanism to bypass US sanctions and prop up Iran’s troubled economy.

Last week, in a letter to French leader Emmanuel Macron, Rouhani has offered an “alternative solution” in which the US would ease sanctions. In return, Iran would stop the suspension of its commitments, including the breaking of the limit on uranium enrichment.