Iran Daily: Impounded Supertanker Leaves Gibraltar — Will US Try to Intercept It? 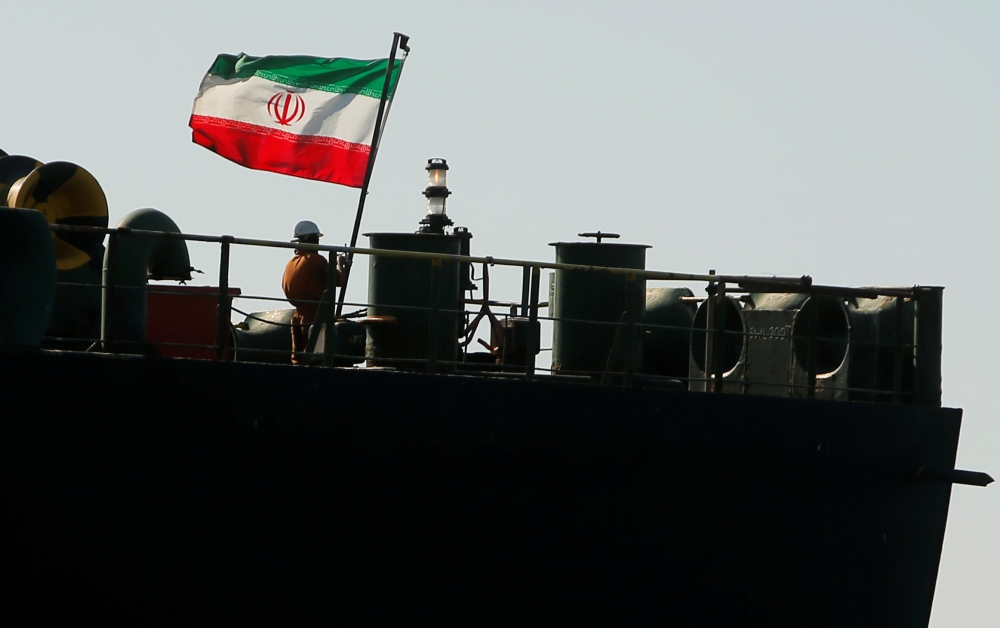 Pressing Iran’s defiance as its supertanker is released, the Supreme Leader has thanked the Revolutionary Guards for seizing a UK-flagged tanker and downing a US drone.

Ayatollah Khamenei’s representative to the Guards, Abdollah Haji-Sadeqi, conveyed the message, “Send regards and tell [them], ‘More power to your elbow. You accomplished a remarkable feat’.”

Haji-Sadeqi was visiting the military’s strategic area of four islands in the Persian Gulf, known as Naze’at.

The Guards intercepted the UK-flagged Stena Impero on July 19, retaliating for the impoundment of the supertanker Grace 1 by Gibraltar two weeks earlier.

In late June, the Guards downed the US drone, claiming it was in Iranian waters near the Strait of Hormuz. Donald Trump initially approved US airstrikes inside Iran in response, but quickly reversed the order.

ORIGINAL ENTRY: An impounded Iranian supertanker has left Gibraltar after seven weeks, defying a last-ditch US attempt to keep it in detention.

The Grace 1 was boarded by UK marines and local police after it entered Gibraltar’s waters at the mouth of the Mediterranean on July 4. London said the vessel was violating European Union sanctions by carrying the oil to the Assad regime in Syria.

Iran denied the claim, and retaliated by seizing the UK-flagged, Swedish-owned Stena Impero tanker in the Strait of Hormuz on July 19.

Last week a Gibraltar court turned down a US Justice Department approach to put the supertanker in American custody, and the Grace 1 finally left port on Sunday night. Marine Traffic said on Monday that the vessel is heading for Kalamata in Greece.

Iran has given a written commitment to Gibraltar that the supertanker will not travel to Syria or any other destination under EU sanctions. Tehran also renamed and reflagged the vessel as the Adrian Darya 1, after Panama withdraw registration because of the impoundment.

The US is still threatening interception of the supertanker, its oil, and nearly $1 million.

A federal court in Washington issued a warrant on Friday claiming a breach of the comprehensive US sanctions imposed on Iran last November. The Trump Administration says the Grace 1 is controlled through front companies linked to Iran’s Revolutionary Guards, who are sanctioned as a “terrorist organization”.

Gibraltar’s officials said on Sunday, “The EU sanctions regime on Iran is fundamentally different to that of the US.”

The EU, UK, and Gibraltar have not designated the Revolutionary Guards as “terrorist”.

Iranian officials, who are expected to soon release the Stena Impero, declared their triumph over the US and its sanctions.

Mahmoud Vaezi, President Rouhani’s Chief of Staff, proclaimed a “diplomatic victory”. Other officials said Iran had made no commitments over the future destination of the vessel, bringing a rebuke from Gibraltar’s Chief Minister Fabian Picardo.

Further challenging the US, Iran’s military commanders said they will dispatch the country’s naval fleet to escort the supertanker if needed.

The Astralship shipping agency in Gibraltar, which has been hired to handle paperwork and arrange logistics for the Adrian Darya 1, told the Associated Press that a new crew of Indian and Ukrainian nationals were replacing the sailors on board.