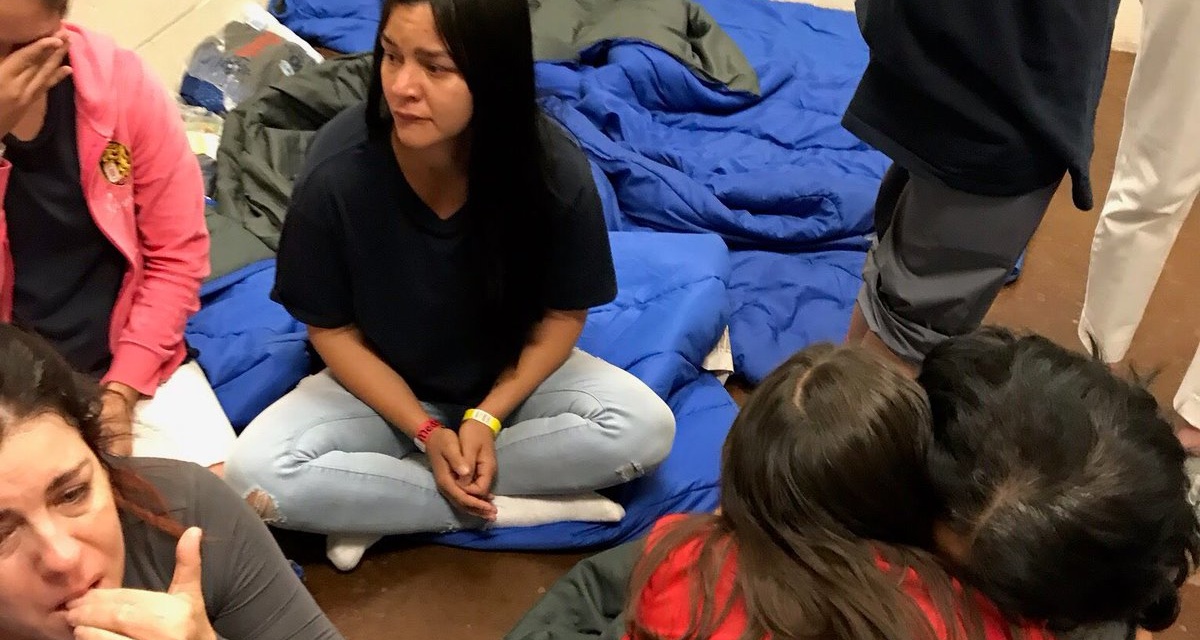 After the visit by more than a dozen Democratic representatives, they spoke of women held in rooms without running water, sleeping bags on concrete, and children separated from families.

Rep. Alexandra Ocasio-Cortez said that detainees revealed their plight despite attempts by Customs and Border Protection to make the facilities presentable. Women told her they had gone 15 days without a shower, had no soap, and were allowed to start bathing only four days ago after the congressional visit was announced. Some said they were forced to drink out of the toilet when the faucet in their cell broke.

What’s haunting is that the women I met with today told me in no uncertain terms that they would experience retribution for telling us what they shared.

They all began sobbing – out of fear of being punished, out of sickness, out of desperation, lack of sleep, trauma, despair.

‘What we saw today was unconscionable.’ — @AOC spoke out against migrant detention camps after witnessing them firsthand pic.twitter.com/2nkmiaKTck

The legislators had to give up their mobile phones before entry, but Rep. Joaquin Castro was able to keep his to get photographs and video:

This moment captures what it’s like for women in CBP custody to share a cramped cell—some held for 50 days—for them to be denied showers for up to 15 days and life-saving medication. For some, it also means being separated from their children. This is El Paso Border Station #1. pic.twitter.com/OmCAlGxDt8

The Congressional Hispanic Caucus organized the day trip to the Texas border after revelations of inhumane conditions for children in an overcrowded warehouse in the Clint facility. Lawyers who visited were so troubled that they told the media of the juveniles with flu and lice and denied toothbrushes, soap, blankets, and other necessities. Some were in clothing stained with mucus and vomit, and infants in dirty diapers were being looked after by older children.

Rep. Madeleine Dean said on Monday that she was initially scolded by an official for miming an air hug to a migrant child. But despite being told not to speak to the detainees, the group did so.

Women, some with tears on their cheeks, said they did not have access to medication. One explained, “I crossed that damn river. I wanted to come to America. That’s my offense.”

Just left the first CBP facility. The conditions are far worse than we ever could have imagined.

15 women in their 50s- 60s sleeping in a small concrete cell, no running water. Weeks without showers. All of them separated from their families.

This is a human rights crisis.

Ocasio-Cortez noted that the situation could not be remedied by a $4.5 billion humanitarian aid bill, given the Administration’s emphasis on detention.

After I forced myself into a cell w/ women&began speaking to them, one of them described their treatment at the hands of officers as “psychological warfare” – waking them at odd hours for no reason, calling them wh*res, etc.

Tell me what about that is due to a “lack of funding?”

See also EA on BBC and Radio FM4: Yes, Trump Administration is to Blame for Immigrant Children in “Concentration Camps”

Donald Trump was dismissive as he signed the aid bill: “I know that the Border Patrol is not happy with the Democrats in Congress.” 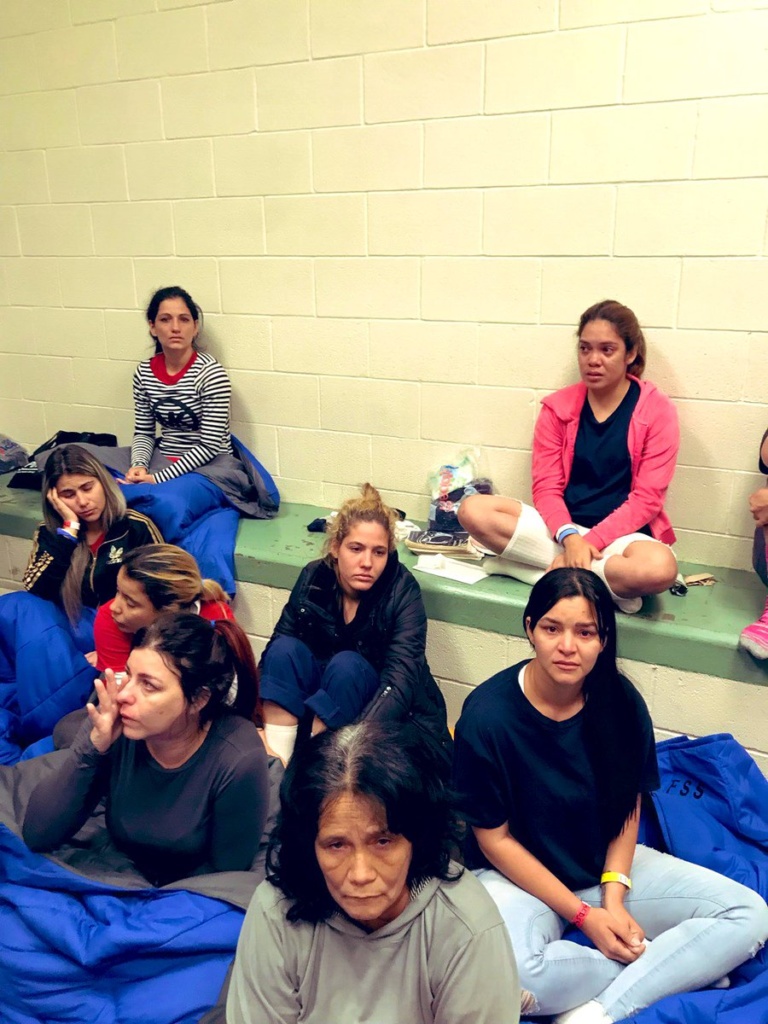 Abuse by Protesters and Border Officers

The legislators were confronted with abuse by pro-Trump protesters, and Border Patrol agents are mocking them and migrants with obscene posts and images.

The handful of protesters heckled the legislators’ press conference with vulgar and racist remarks. Tamer comments included “bunch of knuckleheads” and “break out the onions”, a mocking of the emotional comments by the representatives.

In a secret Facebook group, current and former Border Patrol agents joked about migrants’ deaths and posted obscene and doctored images of Ocasio-Cortez and Escobar, calling on personnel to “hurl a burrito”.

And to these CBP officers saying they felt “threatened” by me –

They were literally discussing making a GoFundMe for an officer who attacked my on my tour.

They confiscated my phone, and they were all armed. I’m 5’4”.

There are many good agents — men and women working earnestly to care for the people in their custody. But they are overwhelmed in a system that is morally bankrupt and challenged by rogue agents whose culture was on full display in the Facebook group revealed by ProPublica today.