Flu, Filth, and Lice: Inside a Texas “Concentration Camp” For Immigrant Children 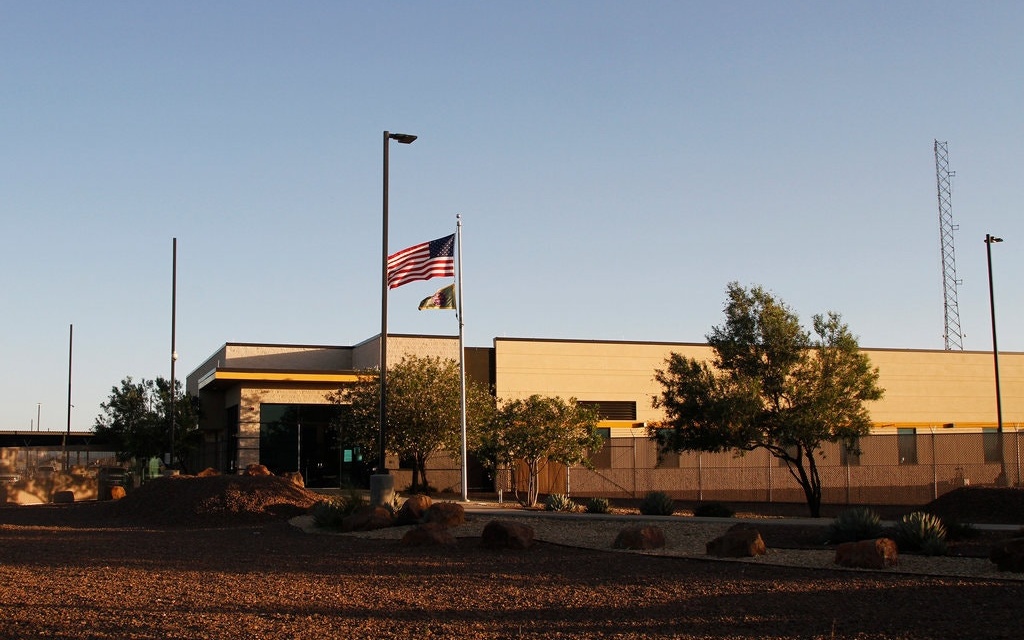 The detention center in Clint, Texas: “The children are locked in their cells and cages nearly all day long”

Following the revelations of the inhumane conditions in the overcrowded detention center for immigrant children in Clint, Texas, authorities have moved out hundreds of the juveniles.

Officails said only 30 children remain, as 249 were transferred into a shelter system maintained by the Office of Refugee Resettlement and others were sent to a temporary tent facility in El Paso, Texas.

Last week Representative Alexandra Ocasio Cortez says of the centers for mass detentions of migrants, including children: “‘Never Again’ means something … the fact that concentration camps are now an institutionalized practice in the home of the free is extraordinarily disturbing.”

Conservative commentators assailed Ocasio Cortez for her language, but many people noted the significance of her references — given the Trump Administration’s “zero tolerance” policy — to the conditions inside camps such as those used for internment during World War II.

Now a detailed report backs up that concern. Lawyers went inside a facility for juveniles in Clint, Texas to monitor compliance with court orders that children must be held in safe and sanitary conditions and moved out of custody without unnecessary delays. What they found:

Flu and lice outbreaks were going untreated, and children were filthy, sleeping on cold floors, and taking care of each other because of the lack of attention from guards. Some of them had been in the facility for weeks….

Most of the young detainees have not been able to shower or wash their clothes since they arrived at the facility….They have no access to toothbrushes, toothpaste, or soap.

“There is a stench,” said one of the lawyers, Elora Mukherjee, director of the Immigrants’ Rights Clinic at Columbia Law School. “The overwhelming majority of children have not bathed since they crossed the border.”

An extract of the interview by The New Yorker’s Isaac Chotiner with another of the lawyers, Warren Binford, a law professor at Willamette University:

How many kids are at the facility right now, and do you have some sense of a breakdown of where they’re from?

When we arrived, on Monday, there were approximately 350 children there. They were constantly receiving children, and they’re constantly picking up children and transferring them over to an ORR [Office of Refugee Resettlement] site. So the number is fluid. We were so shocked by the number of children who were there, because it’s a facility that only has capacity for a hundred and four. And we were told that they had recently expanded the facility, but they did not give us a tour of it, and we legally don’t have the right to tour the facility.

We drove around afterward, and we discovered that there was a giant warehouse that they had put on the site. And it appears that that one warehouse has allegedly increased their capacity by an additional five hundred kids. When we talked to Border Patrol agents later that week, they confirmed that is the alleged expansion, and when we talked to children, one of the children described as many as three hundred children being in that room, in that warehouse, basically, at one point when he first arrived. There were no windows.

And then we started to pull the children who had been there the longest to find out just how long children are being kept there. Children described to us that they’ve been there for three weeks or longer. And so, immediately from that population that we were trying to triage, they were filthy dirty, there was mucus on their shirts, the shirts were dirty. We saw breast milk on the shirts. There was food on the shirts, and the pants as well. They told us that they were hungry. They told us that some of them had not showered or had not showered until the day or two days before we arrived. Many of them described that they only brushed their teeth once.

So, in any event, the children told us that nobody’s taking care of them, so that basically the older children are trying to take care of the younger children. The guards are asking the younger children or the older children, “Who wants to take care of this little boy? Who wants to take of this little girl?” and they’ll bring in a two-year-old, a three-year-old, a four-year-old. And then the littlest kids are expected to be taken care of by the older kids, but then some of the oldest children lose interest in it, and little children get handed off to other children. And sometimes we hear about the littlest children being alone by themselves on the floor.

Many of the children reported sleeping on the concrete floor. They are being given army blankets, those wool-type blankets that are really harsh. Most of the children said they’re being given two blankets, one to put beneath them on the floor. Some of the children are describing just being given one blanket and having to decide whether to put it under them or over them because there is air-conditioning at this facility. And so they’re having to make a choice about, Do I try to protect myself from the cement, or do I try to keep warm?

We weren’t originally planning to be there on Thursday, but one of the reasons why we came back for a fourth day is that some of the children, on Wednesday, told us that there was a lice infestation as well as an influenza outbreak at that facility, and so a number of the children are being taken into isolation rooms, quarantine areas where there’s nobody with them except for other sick children.

There was one child-mother who took her baby in there, because the baby got the flu. And then the mother, because she was in there caring for the child, got the flu as well. And so then she was there for a week, and they took the baby out and gave the baby to an unrelated child to try to take care of the child-mother’s baby….

So, on Wednesday, we received reports from children of a lice outbreak in one of the cells where there were about twenty-five children, and what they told us is that six of the children were found to have lice. And so they were given a lice shampoo, and the other children were given two combs and told to share those two combs, two lice combs, and brush their hair with the same combs, which is something you never do with a lice outbreak.

And then what happened was one of the combs was lost, and Border Patrol agents got so mad that they took away the children’s blankets and mats. They weren’t allowed to sleep on the beds, and they had to sleep on the floor on Wednesday night as punishment for losing the comb. So you had a whole cell full of kids who had beds and mats at one point, not for everybody but for most of them, who were forced to sleep on the cement.

Where are these kids from, and where are most of their parents in most cases?

They are primarily from Guatemala, El Salvador, and Honduras. There are a few from Ecuador, one from Peru….

Was there anything that you think was specifically illegal?

For example, in Flores, which is the class-action suit that governs the standards for the care of these children that are in U.S. custody, it clearly says that children are supposed to be kept in safe and sanitary conditions. And there is nothing sanitary about the conditions they are in. And they are not safe, because they are getting sick, and they are not being adequately supervised by the Border Patrol officers. This is a violation of the case law. In addition to that, these children are not supposed to be in a Border Patrol facility any longer than they absolutely have to, and in no event are they supposed to be there for more than seventy-two hours. And many of them were there for 3 1/2 weeks.

And in addition to that, they are not supposed to be breaking up families. In the Ms. L case that was brought last year, when children were being routinely separated by their parents, that judge ruled that these children need to be kept with their parents, that family integrity is a constitutional right and is being violated. There were children at this facility who came across with parents and were separated from parents. There were other children at the facility who came across with other adult family members. We met almost no children who came across unaccompanied. The United States is taking children away from their family unit and reclassifying them as unaccompanied children. But they were not unaccompanied children. And some of them were separated from their parents….

Things have always been horrendous in Border Patrol facilities, especially for children. That’s why Flores requires that the children be moved out of there as expeditiously as possible. So we’ve always been concerned about the conditions in Border Patrol facilities. What we’re concerned about now is the number of children who are there, the young ages of the children there, and the length of time that they’re being left there.

Almost all of these children have family members, including parents, in the United States, who are able to and want to take care of their children. All we need to do is to get these children to their families, and we know that almost all of them will be well cared for, and it will cost the US taxpayer no money to care for these children, because they will be cared for by their parents….

As far as direct care, at the facilities that we have the numbers for, such as the large facilities like Homestead, it costs $775 a day to care for these kids. There is no reason for the American taxpayer to have to pay $775 a day to care for children who have families who love them, and are here in the United States, and want to take care of them. There are multiple kids that we could put on a plane this week to be with their parents in the United States. Many of them have never spoken with their parents since they got there.