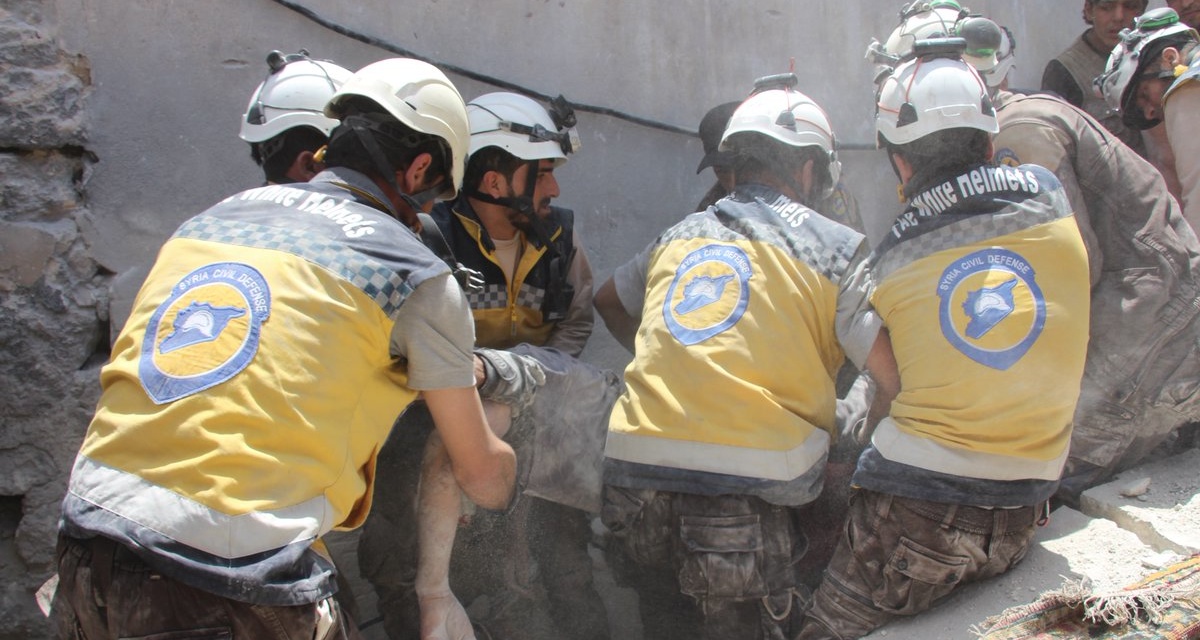 As Bashar al-Assad met Moscow’s officials in Damascus, another 11 civilians were killed and 45 wounded by regime attacks in northwest Syria on Friday.

A coordinated series of attacks across Idlib Province on towns and cities, focusing on markets, killed six people in Ariha, three in Ma’arat al-Num’an, and one in Idlib city. A woman was killed by barrel bombing of Kafrzita in neighboring northern Hama Province.

Most of those slain were children.

Video shows where the bombing of Syrian warplanes the of Idlib city with rockets #Syria #idlib #EyesOnIdlib #Rise4Idlib pic.twitter.com/uROVsR5rYo

This morning in Idlib.
Aircraft in the sky. Kids cry. Four people were killed. The aircraft bombed of Ariha and Maara al-Numan and Idlib city.
The video in Maara al-Numan pic.twitter.com/pNwe03tBl3

Russian-regime attacks have killed at least 550 civilians, including more than 130 children, in Idlib since late April. More than 2,100 people have been injured, and at least 330,000 of Idlib and northern Hama’s 3 million population — about 20% of those remaining in Syria — have been displaced.

The bombing has focused on infrastructure, including attacks on 34 medical facilities.

Despite the assault on civilians, the offensive has been unable to break resistance. Enabled by Russian airstrikes and advisors on the ground, Assad forces quickly took several towns and villages in northwest Hama but was soon checked by Turkish-backed rebels and the Islamist bloc Hay’at Tahrir al-Sham. A counter-attack last month regained some of the territory, and a raid on a hilltop town this week inflicted heavy casualties on regime forces.

Russian news agencies said the meeting discussed Idlib Province but gave no details. Israeli media speculated that the encounter was triggered not by the stalled offensive, but by confirmation that Russia has provided S-400 advanced air defense systems to Turkey.

The Jerusalem Post suggested that Assad sought assurances that Russia is not moving too close to Ankara, which backs the rebel National Liberation Front in northwest Syria.

Moscow has declared the possibility of the committee since early 2018, but its formation has been blocked by the regime’s objections to the inclusion of opposition officials on the body.

Earlier this week UN envoy Geir Pedersen, after a meeting with Russian Foreign Minister Sergey Lavrov, expressed optimism that the committee will soon be announced.