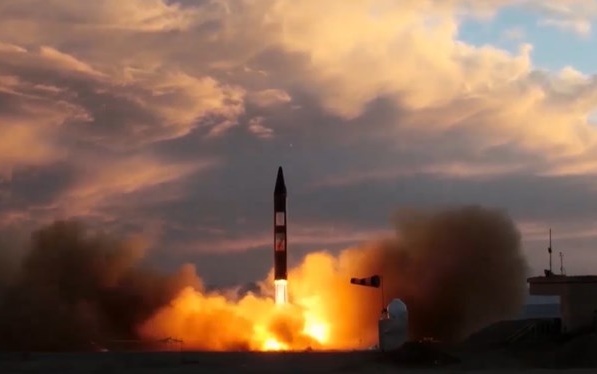 Iran’s military has defended its latest missile test, after it was revealed by American officials.

An “informed Iranian military source” confirmed the US claim, circulated through CNN, of the test of a medium-range ballistic missile on Wednesday.

The American officials said the Shahab-3 missile traveled 1,000 km (620 miles) from southeeast Iran into the north.

The Iranian source told the Fars News Agency, linked to the Revolutionary Guards:

The Islamic Republic’s missile might is totally defensive and is not against any country, and solely aims to respond to possible acts of aggression against the territorial integrity of the country….

The Islamic Republic of Iran does not need the permission of any power in the world for its self-defense.

Tehran has not officially acknowledged the missile test.

The test does not violate UN resolutions. However, European countries such as France are seeking a deal on missile research and development complementing the 2015 nuclear agreement between Iran and the 5+1 Powers (US, UK, France, Germany, China, and Russia).

The issue has blocked Tehran’s acceptance of a European Union mechanism, INSTEX, to bypass US sanctions with trade in Iranian oil and other commodities and goods.