EA on talkRADIO: Trump’s Rants; The Trump-Johnson Axis of Fibs; Trump-Russia After Mueller 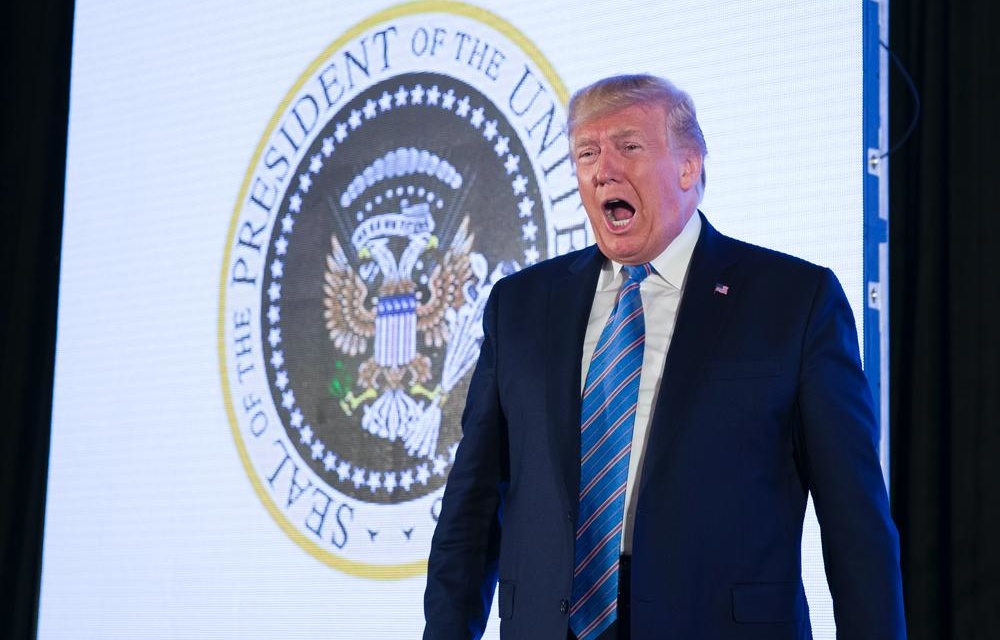 In our latest 15-minute Journey Across TrumpLand, I joined talkRADIO’s Alexis Conran on Saturday to discuss Trump’s latest Twitter rants, linking his racism and his ongoing worry about investigations, and the aftermath of Robert Mueller’s testimony to Congressional committees about Trump-Russia links and obstruction of justice.

In between, we look at the mutual exchange of falsehoods between Trump and a member of his camp, new UK Prime Minister Boris Johnson, over a US-UK trade deal: “These two guys are simply fluffing each and will continue to do so.”

But we begin with a comedy moment, as Trump spoke to “fire-breathing, hard-right” conservative youth in front of a mock Presidential seal with a double-headed eagle holding golf clubs — and with the banner about the 45th US President, “45 is a Puppet”, in Spanish.