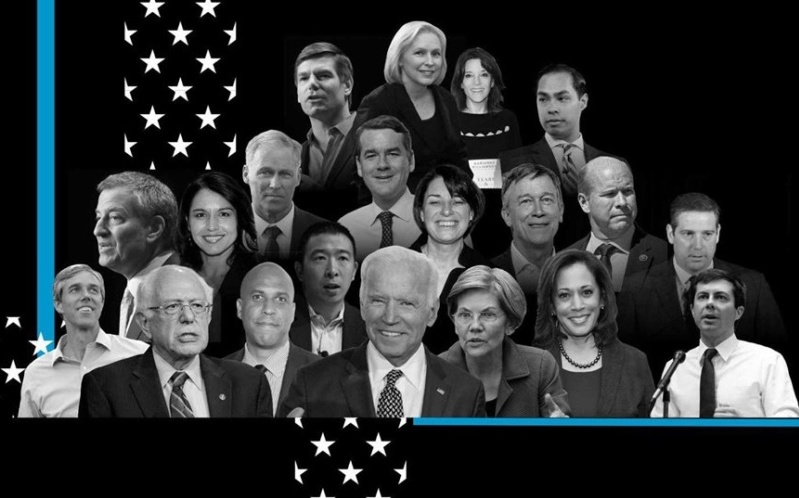 The 20 candidates in second sets of Democratic Presidential debates, July 30-31, 2019

We discuss front-runner Joe Biden looking for a bounce-back after a terrible first debate, particularly when confronted by Sen. Kamala Harris over race and busing; the steady advance of Sen. Elizabeth Warren; the attempt by 2016 candidate Sen. Bernie Sanders to regain momentum; and the possibility of a breakout by any of the other 16 hopefuls.

The link between all these? The significance of issues in propelling a campaign, amid the crowded field, before next February’s first caucuses and primaries.