EA on CNN and BBC: UK Ambassador on “Inept” Trump and His “Disfunctional” Administration 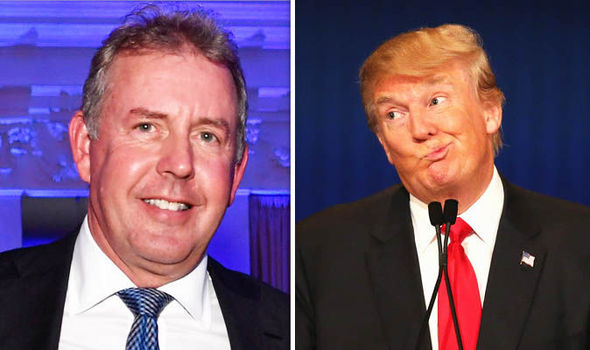 UK Ambassador to the US Kim Darroch and Donald Trump

David Dunn spoke with BBC 5 Live this morning about the significance of the UK Ambassador’s assessments of Donald Trump.

This is the nature of American power under this President. It’s understaffed. It’s not the B team, it’s the C or D team officials because many established or experienced Republicans wouldn’t work for this President.

Somebody has leaked the private cables from the UK Ambassador in the US, Kim Darroch, to the Foreign Office — analyses which detail an “inept” Donald Trump, “radiating insecurity” and linked with “dodgy Russians”, and a “disfunctional” Administration embroiled in “knife fights”.

What does it all mean? I chatted with CNN International’s Natalie Allen on Sunday, opening, “Hands up — who’s shocked by this?”

The interesting question here is not why the Ambasssador said this, but who made the memos public: did he/she do this to embarrass the Ambassador and the Foreign Office, or is the leaker saying that there is genuine concern in London about this fellow in the White House.

We go further in discussing how the memos point to worries about Trump’s relationship with Russian President Vladimir Putin and his threat to the US-European alliance — worries that may be shared between British officials and American agencies.