Who Will Be Next UK Prime Minister? (And More Important Questions) 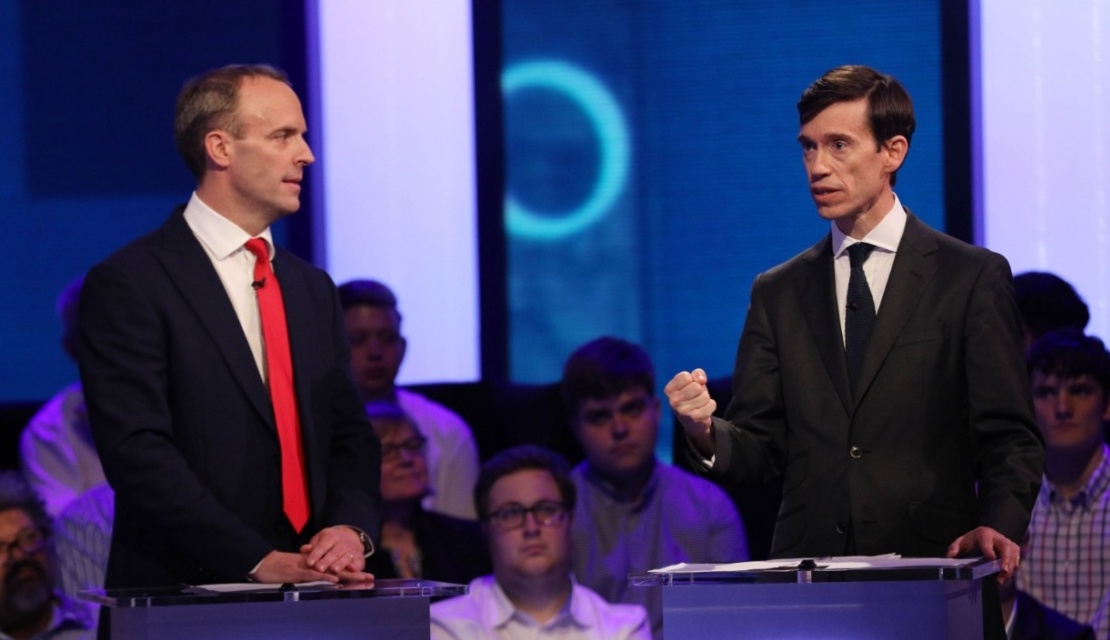 Rory Stewart (R) speaks as Dominic Raab listens during a debate among candidates to become next UK Prime Minister, June 16, 2019

On Friday, I spoke with the University of Birmingham about the state of the race to become UK Conservative Party leader and thus Prime Minister.

Then there are the more important questions: Where is the UK heading in the Brexit shambles to leave the European Union by an October 31 deadline? And where does the Conservative Party head when the new Prime Minister falls in a catastrophic No Deal or more uncertainty after the deadline?

Here are your markers as the top two candidates are chosen to go before Conservative Party members.

What do you do besides macho posturing about Brexit? And how do you get out of the rubbish bin that you find yourself in at this moment in British history?